Latest Update:
Treasure Trails
Latest Guide:
Once Upon a Time in Gielinor
Join our Clan:
RuneHQ
Join our Chat:
Discord

Deep down under the flowers and dirt of Falador park lays the greatest mole of them all! With its powerful claws, it can rip through anyone who dares to challenge its might and is able to dig to travel at speeds that no person can fathom. The gardeners of the park need our aid in the elimination of this giant ani-mole. Will you be there to help us?

Looking for a challenge? Well look no further! RuneHQ's very own Events Team will be taking on Elite Dungeon 2 this weekend and they could use your help in this dragon themed dungeon!

So grab some gear, stock up on food, bring your potions, and come kill some of the toughest bosses in game!

There will be a gear requirement of T80.

Deep under the Barbarian Outpost, there are foul creatures called Penance monsters. The barbarians have been trying to fight off the Penance creatures, but their efforts have not been very effective. They need more strong adventurers to come help them defeat the Penance monsters and ultimately taking down the Penance Queen. This can only be done with a team where everyone is doing their part and working together. If we defeat the Penance creatures, the barbarians may reward us with Honour Points which can be spent to from things like special armor to re-coloring your weapons! 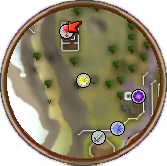