Deep in the Heart of Gielinor a second war of the gods rages on. As each faction fights to defeat the other and accomplish the mission they set upon, adventurers have made their way into the battle and began to challenge the generals of the gods in hopes for new weapons and armor. The Zamorakian Twin Furies, Avaryss and Nymora, are standing their ground so far. In this event, we will be taking the fight to them for a chance to obtain their armor and weapons. Will you join us?

North of Edgeville lies a mysterious Artefact. By activating it, a mysterious force will take hold of you and teleport you to the King Black Dragon's Lair. Its three menacing heads cast dangerous magic that can destroy any wandering adventurer not paying proper attention! Bring dragonfire protection at all costs! Join RuneHQ as we show this beast why it is not longer the strongest in Gielinor.

Deep under the Barbarian Outpost, there are foul creatures called Penance monsters. The barbarians have been trying to fight off the Penance creatures, but their efforts have not been very effective. They need more strong adventurers to come help them defeat the Penance monsters and ultimately taking down the Penance King. This can only be done with a team where everyone is doing their part and working together. If we defeat the Penance creatures, the barbarians may reward us with Honour Points which can be spent to from things like special armor to re-coloring your weapons!

Across an icy cold river are the last true followers of Zamorak from the God Wars. Those who have a great amount of stamina will be able to take a leap across the river and into the fortress of Zamorak. But once you are in the unholy fortress your prayer points will be drained, severing your connection to your divine patron(s). Should you successfully slay the Zamorakian General, K'ril Tsutsaroth, you might find robe pieces of subjugation or parts of the Zamorak Godsword. Can you handle what K'ril and his demon subordinates can dish out? 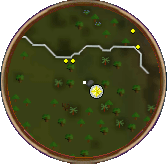