1051
War's Retreat
Introduction:
If you want to show some bosses who’s boss, then War’s Retreat is the place to be! It’s an all-purpose PvM hub, filled with all the Bank Chests, Adrenaline Crystals, and Boss Portals that an adventurer could need. Plus, you can meet up with your fellow warriors and group up together to defeat the trickier bosses.

Want to see for yourself just how awesome War’s Retreat is? See below!

How to Get There

War’s Retreat is located in its own area of the world and currently is not visible on the World Map. The portal to reach this location can be found just North of the Draynor Village lodestone, next to the access to Death’s office. To enter the area, you will need to have at least level 60 Combat. To exit the area, you can either teleport away, leave through the exit portal (where you entered), or use a portal. 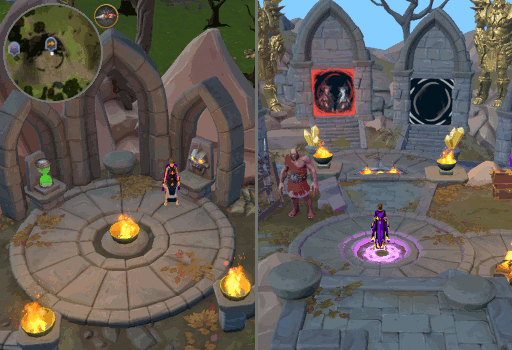 War’s Retreat offers several features that are key to making this PVM hub useful. These include: War himself, some Banks, a Bonfire, the Altar of War, several Portals, and a couple different Adrenaline gaining methods. See the sections below for more about each feature. 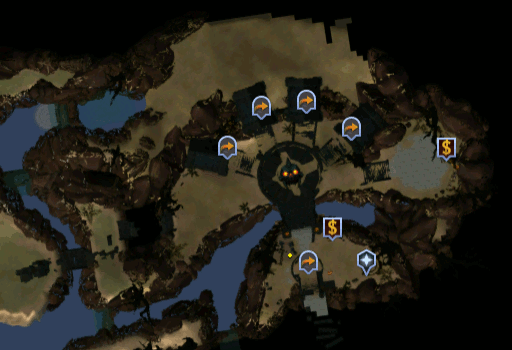 Just within the entrance of the retreat, you will find the big man himself, War. You can speak with him to learn about your battle status, to check out his shop, and to decant potions, flasks, or jellyfish. 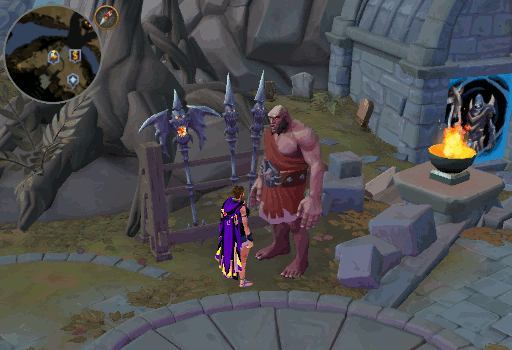 Within the Retreat, there are 2 bank chests. The first one is located North East of your entrance spot. The second chest is located East of the portals, with the combat dummies. These are full bank chests, permitting you to fully access your bank, costume room, and Diango’s storage as well as healing you when within range

Much like the bonfires in the Max Guild and Tower of Voices, this is an everlasting bonfire that can provide a Health boost of up to 5%. Unlike the afore mentioned fires though, this one cannot be used for Cooking food... well, most food. It is possible to cook a Raw chicken on the fire to create a Cooked chicken (sentient) for entertainment purposes.

This bonfire is also special in that you do not burn logs on it. In order to activate the boost, you simply need to warm your hands on it by interacting with it. Upgrades for the length of time your boost lasts can be obtained by purchasing them from War. 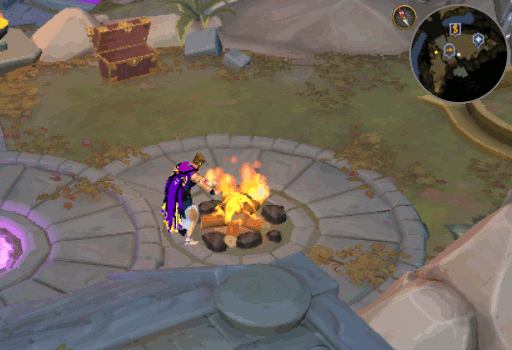 Each successive unlock requires the previous unlock to have been purchased. As such, to purchase the Elder Campfire upgrade, you will need: 6,000 Marks of War, 1,000 logs from Oak through Elder (6,000 total logs), and Level 90 Firemaking.

Near the bonfire is a large crystal held aloft by chains. Once you have made 200 boss kills, you can unlock the use of this altar. Praying at this altar will restore your Prayer and Summoning points as well as fully heal any Summoning familiar/legendary pet that you have active. You will also be asked if you wish to change between prayers and curses when praying here, unless you choose to only be asked at the Senntisten and Falador altars.

Note that you can kill ANY boss to unlock this feature and that bosses killed before the release of War’s Retreat count toward this tally. 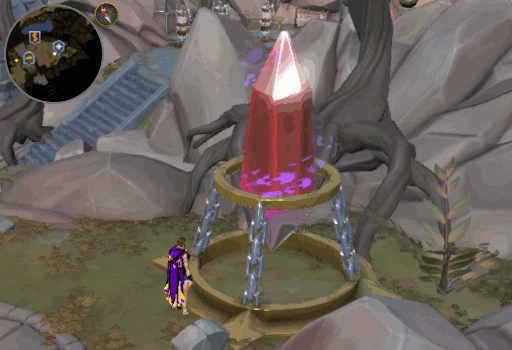 Not including the entrance/exit portal to the hub, there are 4 portals in total. They can be found down the stairs, directly North of the entrance. From West to East, these include: 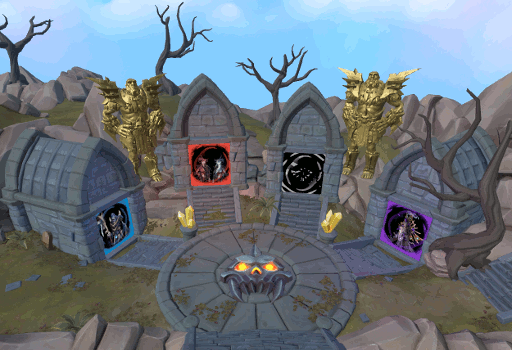 As many PVMers like to enter their boss battles already hyped up, there are 2 handy features that the Retreat contains to help build up your adrenaline.

To the East of the Portals is a dummy area similar to that in Lumbridge. Here you will find 3 training dummies (North) and 3 dummy dispensers (South). These can be used to build up your adrenaline, as previously mentioned, or to perfect various combat rotations. Along the far East wall, you will also find the second bank chest. 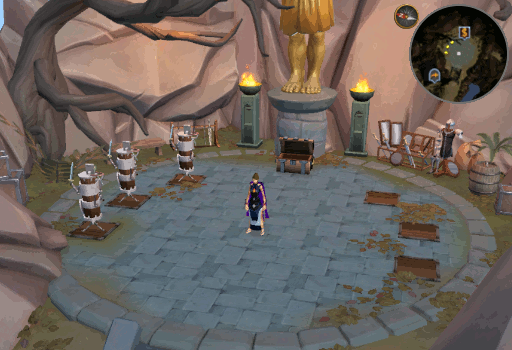 Located near the Boss Portals are 2 large adrenaline crystals. As one would guess, these can be interacted with in order to gain adrenaline; 25% roughly every 2 seconds. Once you have reached 100%, you will stop siphoning it from them automatically. 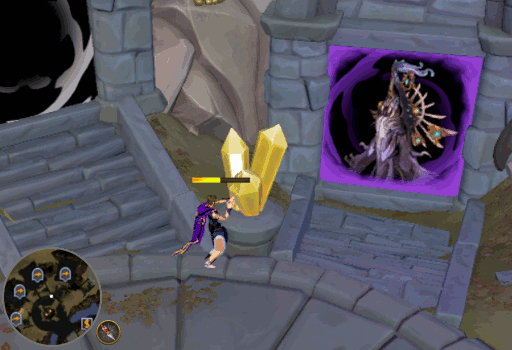 For all your hard work of killing bosses, you will be rewarded with Marks of War. These are a currency which is automatically deposited in your currency pouch when you kill a boss. Each boss will drop a certain amount of marks per kill. Once you have killed your first boss, a timer will begin. This timer will last for 1 hour and you will only be able to collect up to 1,000 Marks of war within this time frame regardless of which boss(es) you kill; killing more bosses within this hour will not earn any Marks of War. Once the timer has ended, your Marks of War counter will reset and a new timer will begin if you kill a boss.

The table below lists how many Marks each kill produces as well as how many kills it takes to obtain 1,000 Marks of War.

Because in Elite Dungeons you face a series of Bosses where you earn Marks of War, the list below details the number of Marks obtained per completion of each Elite Dungeon.

By speaking with War, you can open his shop, War’s Wares, and spend your Marks of War on various upgrades and consumables.

All items within this tab are members only.

All items within this tab are members only.