1028
Nex: Angel of Death
Introduction:
Have you ever thought that Nex just wasn't difficult enough? Well look no farther because the Angel of Death is the answer to your dilemma!

As if Nex wasn't difficult enough, Jagex has decided to give us this monstrosity that is often referred to as "Hardmode Nex". She is a level 7,000 boss with 3,000,000 health points who uses Magic and Melee to attack those foolish enough to pay her a visit and chance receiving her max hit of 7,000.

While she does use Melee, she will only use it if aggro'd onto you (Basing) or if you are within Melee distance of her wing span; her wings will deal hits as they flap.

It is recommended to protect from Magic when at a distance. More experienced players can time her attacks and soul split flick. 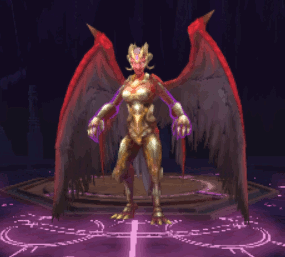 Much the same as defeating the regular version of Nex, to arrive here you will need to travel to the God Wars Dungeon with at least 70 Agility, Constitution, Ranged, and Strength as well as a Frozen key. Once inside the Dungeon, you will need to walk South and enter the door to the East of Armadyl's Eyrie. From here you will be able to climb down the stairs then walk through a door into the main area of the Zarosian encampment.

Within the encampment, you will need to kill 40 followers unless garbed in Ancient ceremonial robes (boots, gloves, legs, mask, top). When you have the required kill count, you will be able to enter the door to the East where you will find Ashuelot Reis, who acts as a bank enabling you to gear up as necessary. Please see below for suggestions on gear.

Now that you are properly prepared, you can look for the hidden door found on the wall South of the barrier that leads to the typical Nex encounter and jump on in with your comrades. It is suggested that you are part of a 7 man group when entering this encounter. Be sure to delegate positions before entering so that everyone is prepared to perform their responsibilities during the fight. 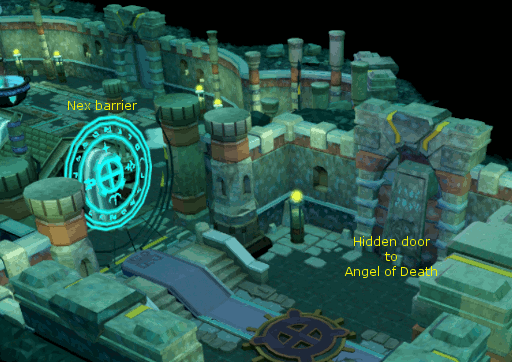 Since it is not particularly suggested to go visit the Angel of Death naked, nor to Melee attack her, below you will find several gear suggestions. 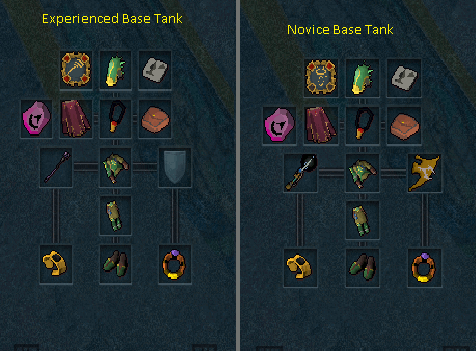 For a novice Angel of Death base tank, it is HIGHLY recommended to use Penance aura with an Arcane spirit shield to save you a lot of food until you become more experienced. Once you have become more experienced, you should be more comfortable with basing. And then, using your staff switch to help your team with DPS will become one of your objectives. 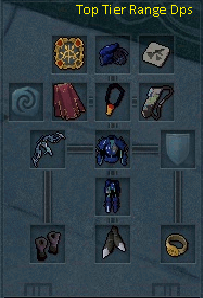 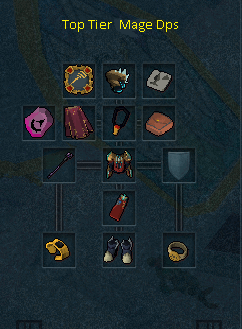 Use of a Yak or Mammoth Beast of Burden is suggested for novices to this boss; use of a Steel Titan is a good alternative for those who are more experienced. Inventory items suggested include: 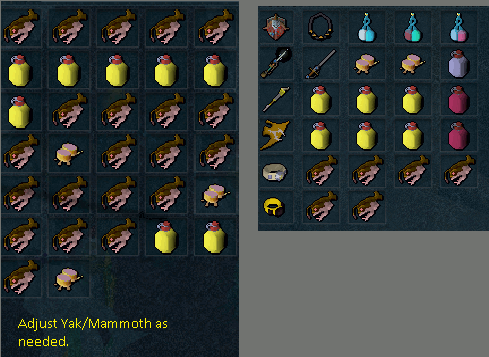 Below is an image of the arena where you will be facing the Angel of Death. 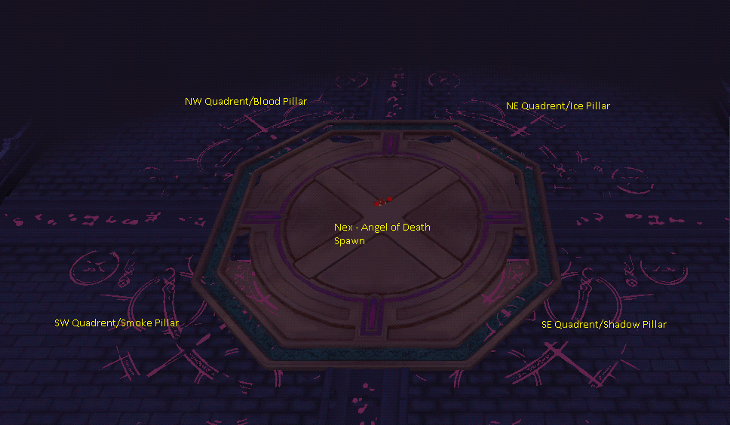 Power from the elements:

Nex will jump to the center of the arena; as she lands she will be facing one of the 4 quadrants. Your base, or designated team mate, will want to stand in the quadrant that Nex is facing. Standing in this quadrant will deal 3,500 damage X 3; for a total of 10,500. Doing this will prevent 20 enrage from being added to Nex. If your Base, or designated team mate, fails to make it to the quadrant and take the damage 20 enrage will be added. 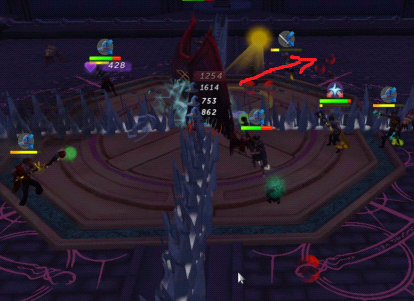 The elemental/Quadrant damage can be reduced with defensives like.

The rest of your team will want to be evenly spread throughout the other 3 quadrants that Nex did not face at this time. These will temporarily be divided by ice walls and spawn 1 Blood reaver in each of them.

The Blood reavers that spawn will have 50,000 Life points each.

Once spawned, they will slowly walk towards Nex in the center of the arena. Your team will want to kill them as fast as possible. Stuns/binds/ice spells/entangle all work to stop them and buy time to attack. If any of the Blood reavers reach Nex, they will instantly die and be absorbed to heal her for half of their remaining life points, increase her enrage, and deal damage back to your team. 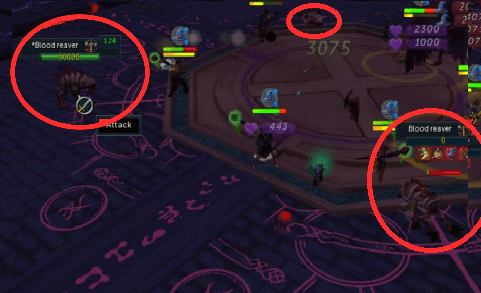 These will be spawned when Nex calls out "Let the shadow engulf you. Give in to it".

She will drop 3 red shadow orbs from the sky onto the location of every player in the instance. Moving 1 square from each dropped orb will prevent any damage.

If you stand on any of the remaining orbs or fail to move, you will take heavy damage. Avoid standing on these red orbs until they disappear later when Nex reaches 1,800,000 hp. 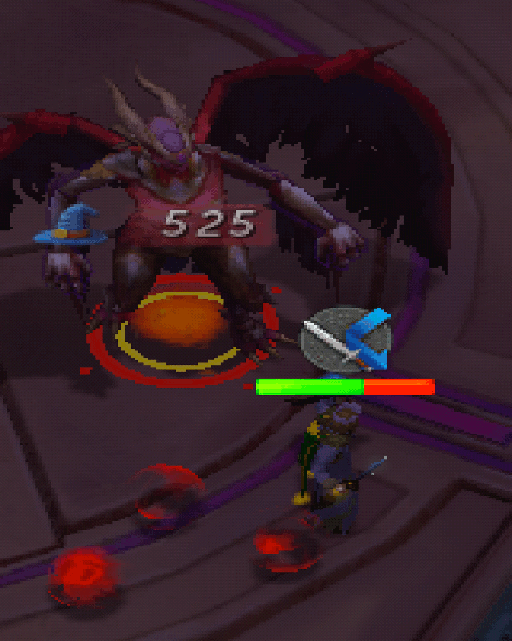 When Nex reaches 2,100,000 hp, she will summon 4 Amalgamations which will spawn in the center like so: 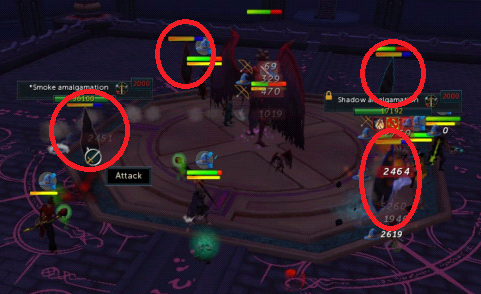 Be sure that you are not standing close to the spawn point of these Amalgamations or you will be hit with 4,000 damage when they appear. Standing on the crosshairs will help ensure you are in a safe location.

If you fail to destroy each of the 4 Amalgamations before the timer above it runs out(image below), then the corresponding praesul will spawn at its full 300,000 hp rather than the weakened 150,000 hp. 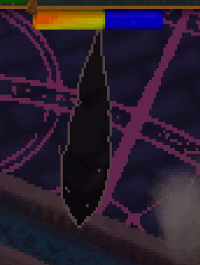 Once these Amalgamations are destroyed or timed out, then the 4 Praesul will spawn from each quadrant.

Your team will want to designate Praesul tanks from the start. This way, once they spawn, you can immediately claim/voke your assigned Praesul and tank him, while you and your team continues to attack Nex down to 1,800,000 hp.

Keep in mind these Praesul have adrenaline bars that you can Siphon. Also note that they can stun you when they get 50% adrenaline for Asphyxiate. Using Anticipate before they get to 50% adrenaline is a simple solution. Try to save Freedom ability for emergencies; for example, they catch you with a stun and you are low hp.

Before we get into her specials, note that once this phase begins, all red shadow orbs will disappear and she will no longer use the previous attacks. Take your team and the Praesul to the South East corner to kill them 1 at a time in the following order...

The order you kill the Praesul is the same order pillars will be unlocked later in the fight (at 600,000 hp). At this point, to reduce the damage she deals to the team, the Base tank should take Nex North until all of the Praesul are killed.

While killing the Praesul, be ready to handle the attacks below.

This attack will is initiated when Nex calls out "You..Stay..Down!"

She will choose 1 - 2 Players to "freeze". You will know when this happens to you as your screen turns white and you get stunned. Use Freedom and move away from any surrounding team mates to avoid the 5x5 area of attack damage of the icicle. 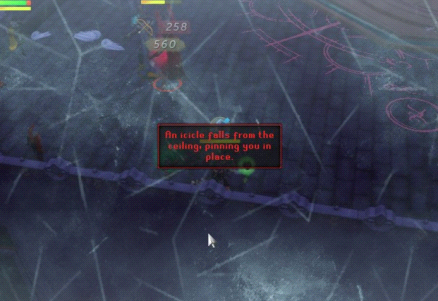 The Icicle you, or your team mates, are trapped in is attackable and has 100,000 health. If destroyed it will break the player free. However, this is not recommended as it is a waste of time and effort. After a few seconds the icicle will melt, the player is freed and will take a 2,000 bleed for 6 hits. This bleed increases when close to other players; so, be sure to keep your distance until this bleed is finished.

There is no way to cancel this bleed. And it should not to be taken lightly. Be sure to keep eating; keep in mind you can eat to full health while inside the icicle to be more prepared.

For this attack, Nex sends out a black/purple cloud that can land anywhere within the arena. As seen below.... 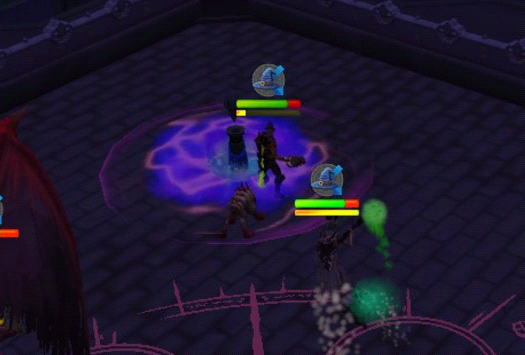 These shadow pools need to be dealt with as fast as possible to essentially disarm them. If not dealt with properly, they will deal 37,500 damage equally to each team member.

This attack is targeted at 2 random players in the arena. And is initiated with one of 2 phrases within your chat box:

This is the final phase and will last from 600,000 hp until her defeat.

At this point Nex will become invulnerable and only attack with Magic. If your team killed the Praesul in the correct order earlier, you will need to make your way to the Shadow pillar, in the South East corner, and work counter clockwise, destroying each pillar completely as you go.

Each pillar has an effect that you and your team will endure until it is destroyed.

After all the pillars are destroyed Nex will become attackable again.

Throughout the last 600,000 hp, Nex will target 1 player at a time with an instakill/bomb mechanic. If you get targeted you will receive a chat pop up, "Nex has marked you to take the full force of the elements" and a blue bar will appear above your head.

To avoid instakill, the player must be standing inside the flashing blue circle located in the center of the arena. Stand here until the blue bar is filled orange. 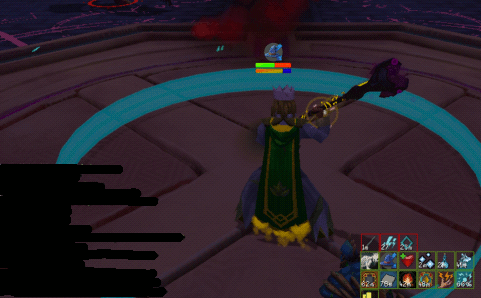 After this a 2nd bar will appear, but this time once its full, the player will drop a bomb wherever they are standing. This bomb will deal rapid 3,000 damage to any player standing within its radius.

It is very important not to drop a bomb in the center or near your team mates! Instead drop them along the edges of the arena. 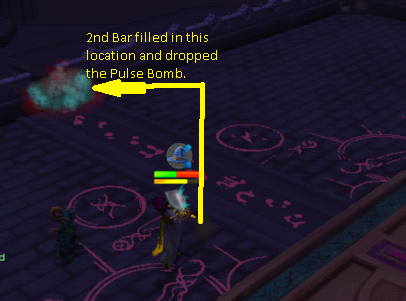 Stay calm and deal with this mechanic for the rest of the fight. Good luck with your first Angel of Death kills and drops! I hope this helps.

Now that you've managed to kill the Angel of Death, there are several rewards that are highly sought after. These include:

To access the main drop table and have a chance to roll one of the previously listed items, you must be top 2 tanks or top 5 Damage Per Second.

In a 7 man team, everyone will roll the main drop table. The Praesul drop rate will scale to the amount of players in the fight so that smaller teams are better rewarded, up to the maximum of 7 players.

If in a 7+ size team, participation drops will be awarded to 3 players who did not make the top 7. So that up to 10 players may receive drops, but only 7 will have a chance to roll for a valuable unique items.