The King cycles through phases three phases: Melee, Ranged and Magic. Each phase has a different weakness, so it may be beneficial to have all three attack styles present in your group. 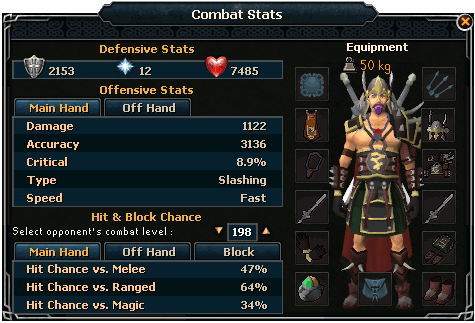 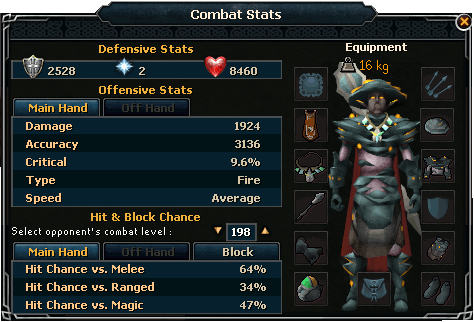 Getting to the Kalphite King:

The easiest way to reach the Exiled Kalphite Hive is by Home teleporting to the Bandit camp lodestone and making your way southeast past the Jaldraocht Pyramid to the Hive entrance. Once there, enter the hive. Alternatively, you could use the Magic carpets to travel to Pollnivneach or the Bedabin camp and walk from there.

If this is your first visit to the hive, you will need to follow the tunnel around until you reach the entrance to the King's chamber. Once there, clear the blocked tunnel to the west for future easy access. When you're ready, enter the tunnel and set up your battle instance. When done, you'll enter the King's chamber and he will spawn soon after. 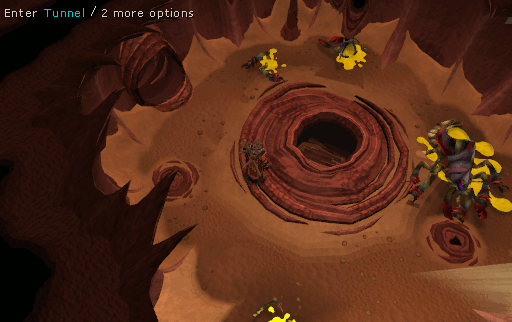 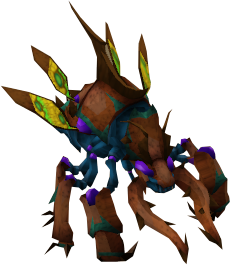 The Kalphite King is currently one of the strongest monsters in RuneScape with a combat level of 2500. His attacks are deadly and easily capable of wiping out a team in a very short space of time. During the fight the King will cycle between three phases signified by the color of his wings. Each phase has a different set of attacks. Below is a breakdown of these phases:

The melee phase is signified by the King's wings turning orange. During this phase he is weak to fire spells. The King has four melee attacks, two of which are based around melee abilities the player has:

The ranged phase is signified by the King's wings turning green. During this phase he is weak to stab attacks. The King has three ranged attacks:

The magic phase is signified by the King's wings turning blue. During this phase he is weak to ranged attacks. The King has two very powerful magic attacks:

The King's most prized drops are the Drygore weaponry. These level 90 Attack weapons are the most powerful and valuable melee weapons in the game: