0701
Giant Mole Hunting
Introduction:
The Giant Mole was released on March 7th 2006 and received a revamp on January 27th 2014. She is aimed at introducing low to medium level players to fighting bosses and can be a good source of money to those willing to fight her.

The Giant Mole can be found in the Mole Lair beneath Falador park. To access the lair, crawl down the plant roots found in the northwest corner of the park. (Note: The lair is instanced and you will first have to set up your instance by choosing the number of players that can access it and if you want to activate Hard Mode). Once inside, head south into the central chamber of the lair and you'll find the Giant Mole wandering around. 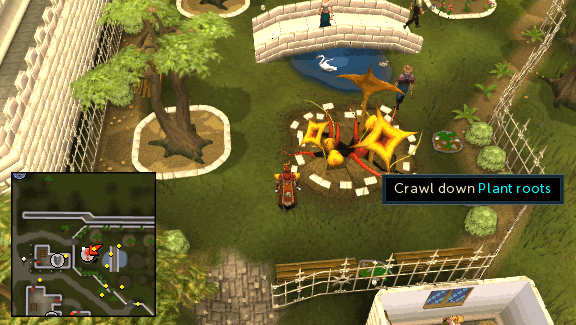 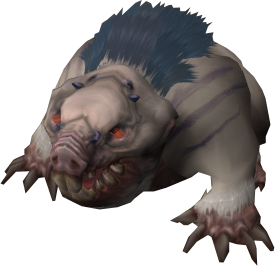 The actual fight with the mole is split up into three phases. A breakdown of these is below.

The first phase simply involves attacking the mole until she gets worried and tries to flee by digging underground to one of the outer chambers. When she does, follow the direction indicated by the arrow created by her movement (circled below) to find her and continue the fight. 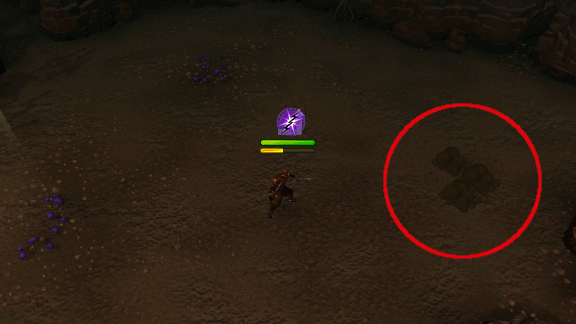 In each of the outer chambers, the mole uses a different special attack. These are as follows: 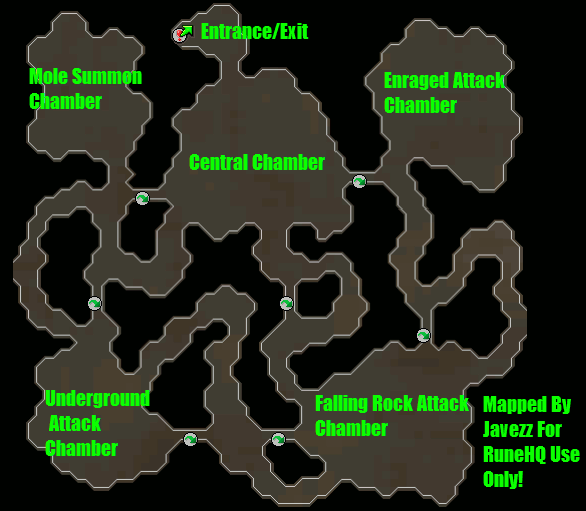 When the mole is at around 15% health, she'll return to the central chamber and use all of her special attacks from the outer chambers together. You now just need to survive and finish her off to get your loot.

When the Giant Mole dies, she will always drop a Mole Claw, and between 1-3 Mole Hides. For a full list of all the items it drops, please refer to the Giant Mole in our Monster Database. 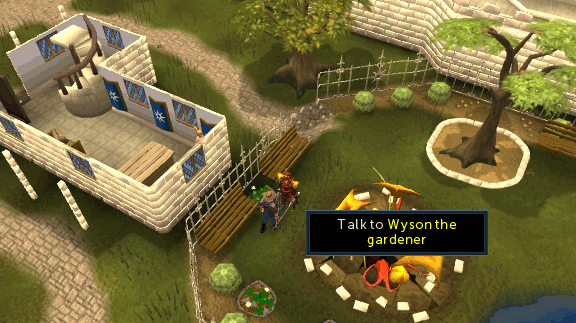 You can take any Mole Claws and Hides you've obtained and trade them to Wyson the gardener for Bird nests.

Below is a table that shows all the types of seeds and items you can get from these nests.