The Corporeal Beast is one of the strongest monsters in the game and due to it possessing a number of unique abilities that make fighting it even more difficult, only the best and bravest warriors should attempt to take it on.

Before you can access the Corporeal Beast's Lair, you must have completed Summer's End.

It is highly recommended to have combat stats of at least 85+ before attempting to take on the beast.

*Any weapon other than a spear suffers a 50% damage reduction against the beast and therefore it is highly recommended to use a Chaotic or Zamorakian spear. A Vesta's spear could also be used, but they are generally very expensive and only last for 1 hour of combat before turning to dust.

Important Note: Familiars should not be taken to the Corporeal beast as they are devoured by the beast and partially heal it. 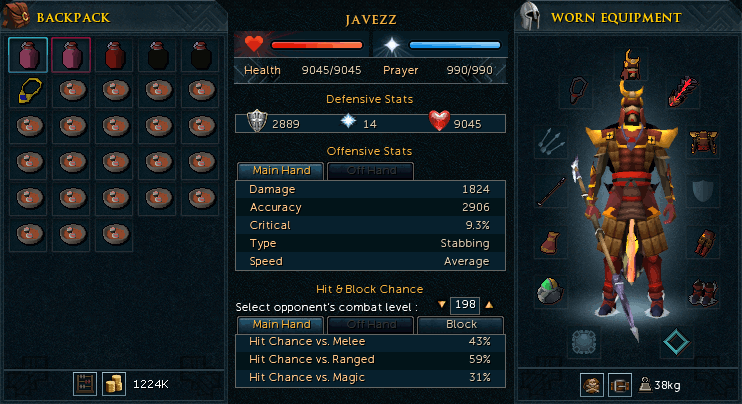 Players who have unlocked Devotion ability may use it in place of Regenerate while running back and forth in order to avoid taking high damage from Beast's magic attacks.

The easiest and recommended way to reach the Corporeal Beast is via the teleport option on a Games necklace. This places you safely inside the Spirit Realm cave and you just need to follow it east and pass through the two caves to find the beast.

If for some reason you choose not to use a Games necklace, then the entrance to the cave is found in level 45 Wilderness, north of the eastern ruins. It is not recommended at all to access the cave via this way as it is very dangerous and a long way from any bank.

Before entering the beast's lair, you may want to check to see if there is already somebody in there and you can do this by right-clicking the passage and selecting "Peek-in". 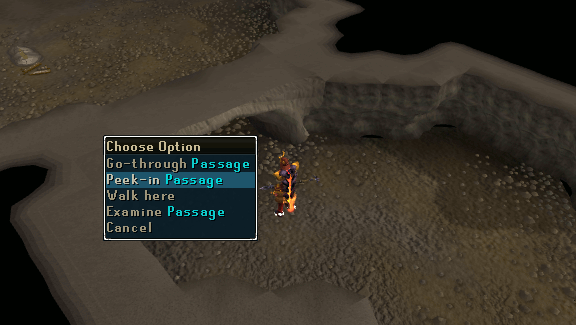 Once you're ready, drink your stat-boosting potions and activate Protect from/Deflect Magic and stat-boosting prayers (preferably Turmoil) and go through the passage into the lair. Note that if you are in a team and have someone tanking, then they should enter first and lure the beast away from the passage before anyone else enters.

The beast uses three main attacks and these are:

Standard Attack: The beast will fire a blast of energy at you which is capable of hitting up to 4500. This damage can be partially reduced with Protect from/Deflect Magic, but the reduction is less than the normal 50%. 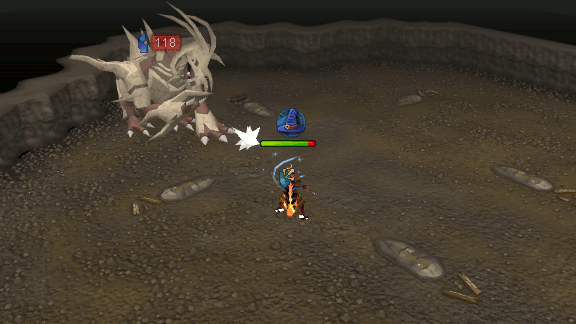 Stat Drain Attack: The beast will fire a small white orb at a player which drains either their Magic, Summoning or Prayer and deals damage when it hits. If the stat has already been drained to 0, then the attack will deal extra damage. 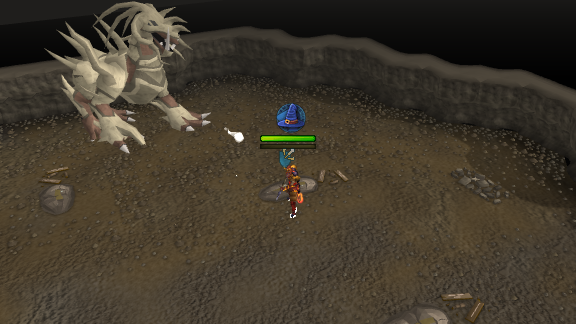 Area-of-effect Attack: The beast will fire what looks like a claw into the ground in front of it's target, which then explodes into smaller claws which spread out across the ground and hit up to 400-600 each on any player in their path. This can be avoided by moving one square away before the attack hits. 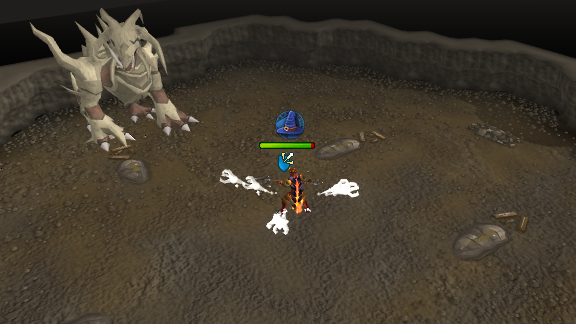 In addition to these attacks, it will occasionally use a melee attack capable of hitting up to 2000 and will stomp any player that runs underneath it, hitting up to 5000.

When the beast is at a certain amount of remaining health depending on how many players are present, it summons a Dark energy core. Any player within a 3x3 radius of the core will be rapidly damaged for up to 600 every 2 seconds until they move. Any damage dealt by the core also heals the beast for the same amount.

It is highly recommended to avoid the core at all costs or try to use stun abilities to keep it stationary for a short time. It can be killed, but will respawn a shortly after and will likely heal the beast by a significant amount in the time taken to do so.

During the fight you may want to position yourself on one side of the beast to allow your character run straight back and forth easily, without getting under or around the beast in the process. This also ensures easy dodging of the dark core once it has spawned. While it is summoned, you can get off one to three abilities before you need to move again. Some of the abilities that are beneficial to use while the core is out includes: Slaughter and Dismember ― these will allow you to continue attacking the beast even when your character is moving.

The beast has a number of common drops worth several hundred thousand gp (all known drops can be found here), but the main draw is the fact that it is the only monster in the game that drops spirit shield sigls. These very rare items are generally worth a lot of money and therefore, depending on the size of your team and the resulting split, obtaining one as a drop can make you very rich.

You need 85 Prayer to bless a Spirit shield by using Holy elixir, and you need 90 Prayer and 85 Smithing to attach a sigil to a Blessed spirit shield.