0691
Recipe for Disaster
Description:
The cook in Lumbridge has a surprisingly small number of ingredients to hand in his kitchen, possibly as a result of an endless stream of newcomers with light fingers taking anything that isn't nailed down from his kitchen.

Luckily, in the past a kind Cooks Assistant was willing to help him in his culinary duties, but now a problem has appeared that could spell... a Recipe For Disaster!

Part I: Helping the Cook

Reward:Ability to finish the sub-quests and 2 Treasure Hunter keys

To Start: Speak to Cook

You now have the ability to go through the door north of the Cook that takes you to the banquet room. A cutscene will appear and after that you are able to free the guests in any order you please. 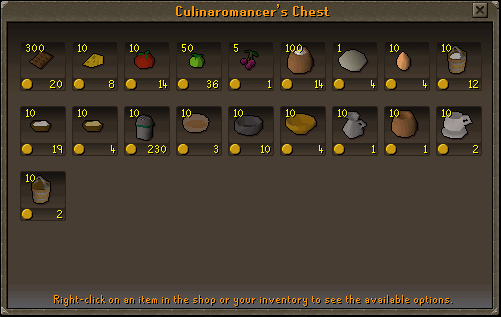 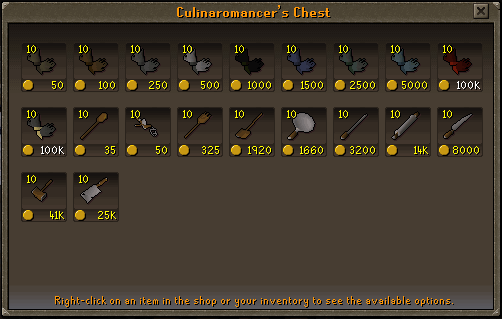 Items Needed: A minimum of 316 coins, bucket of milk, pot of flour, egg, bowl of water, a minimum of 4 asgarnian ales, and Ice gloves.

To Start: Inspect the Dwarf.

Requirements:
Must have completed the Goblin Diplomacy Quest

To Start: Inspect either goblin.

Items Needed: Egg, bucket of milk, pot of flour, and a cake tin.

To Start: Inspect the Lumbridge Sage.

Requirements:
Level 25 Cooking
Must have completed Gertrudes Cat, and the Shadow of the Storm quests.

Items Needed: Kitten/Cat/Wily/Lazy Cat, and lots of Stews (you can buy at the Seers' Village pub for 20 gp each or at the Warriors' guild from Lidio for 100 gp each with 10 in stock). You are not recommended to take a kitten down there, it is better to take a Cat or Wily Cat.

Requirements:
Must be able to defeat a level 227 monster
Must have completed the Lost City quest
Must have started the Legends quest.

Reward: 10K Agility and Cooking XP, access to the monkey Agility course, the ability to cook stuffed snake, the knowledge of the Ape Atoll teleport, and 2 Treasure Hunter keys

Requirements:
176 QP
Must be able to defeat high leveled, tough monsters
Must have completed the Desert Treasure, Horror from the Deep, and all of the previous sub-quests.

Reward: Full access to the Culinaromancer's Chest, an experience lamp granting 20k exp to your chosen skill that is above level 50, and 2 Treasure Hunter keys.

To Start: Complete all sub-quests

Once you have completed all of the sub-quests you will watch a cut-scene, after this there will be a portal that you can go through to fight the Culinaromancer and his minions.

Prayers do not work in this room, so you will have to bring food. You will be able to exit after each fight if you wish to change equipment or restock on food. The following are recommendations, it is up to you what you should use when battling these monsters.

Drink your potions before you go through the portal. He is rather easy and you get a banana for beating him. After you have defeated him, exit the portal and go bank to prepare for the next stage. 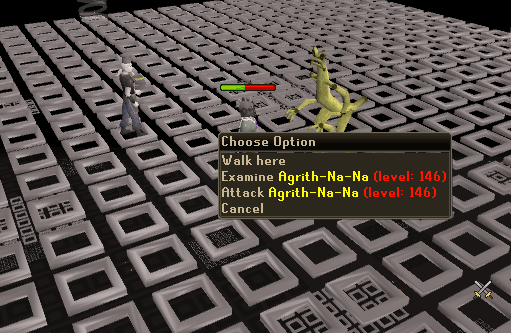 Flambeed (level 89) is made out of hot cakes. This monster hits high in close combat and is weak to water spells (it is highly recommended to use ice spells as they stun him). You must wear ice gloves in order to beat this monster.

As with Agrith-Na-Na, drink your potions before going through the portal. He is capable of hitting 5000+ with melee, so try to avoid letting him get near you by simply running along the side, casting a spell, and then running again (this is where ice spells are useful as they will freeze him in place allowing you to deal more damage before running). If you do not wear ice gloves, the heat of the cakes will cause you to unwield your weapon. It will drop some cakes. 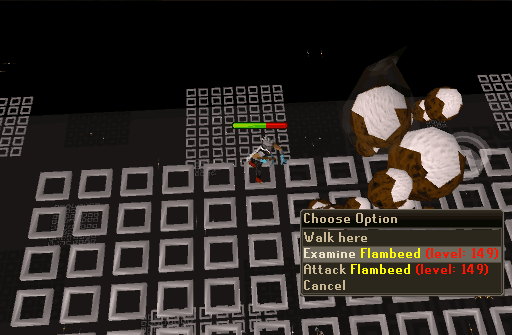 Run up as quickly as you can, once you are in close combat it cannot hurt you. She will drain your adrenaline bar, your stats, and freeze you with her spells. Try to always keep your attack above your regular level by drinking super restore and attack potions when necessary. Eventually she will die and drop a choc ice. 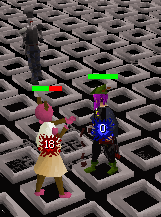 Dessourt (level 92) uses magic and melee. The magic hits rapid 50's each time though, so keep an eye on your health. He is weak to thrown weapons.

Drink your potions before going into the portal. 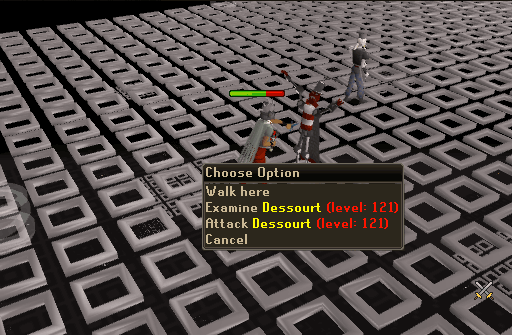 The penultimate battle is against the Gelatinnoth Mother, which is a level 91 version of the Dagganoth Mother. It goes through a cycle of colours allowing attacks of certain style and elements to damage it. It starts out white, then changes color to blue, orange, brown, red, and green, then repeats the cycle.

When you fight it, cast spells using your menu instead of setting it to auto cast. The weaknesses for each color are as follows:

Kill it using the attacks from the above list, but remember to watch your health as it is very easy to get carried away here and die. 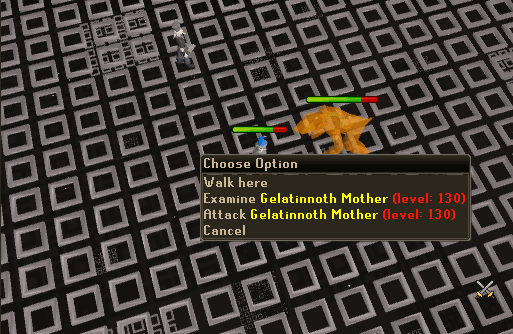 Finally, you are but one enemy away from completing the longest quest in Runescape. You have to fight the Culinaromancer (level 98). He has no weakness and so you can deal with him however you wish. He attacks with both magic and melee, however and his magic is much stonger than the melee attacks and so it is recommended to use dragonhide armor. 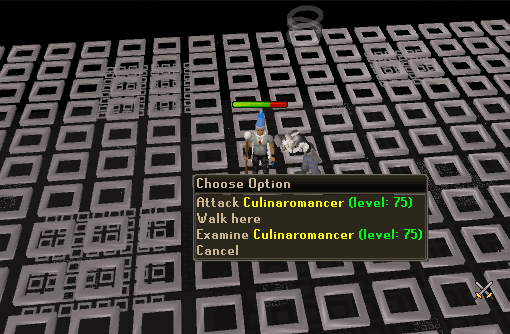 Congratulations! You have completed the 100th quest of RuneScape! 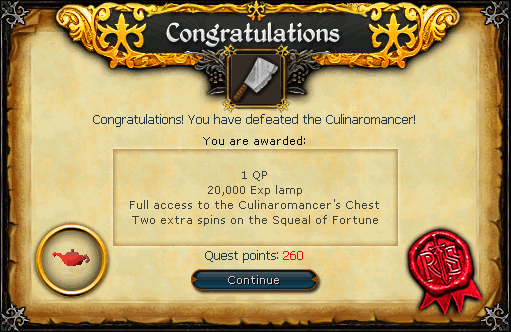