1167
Our Man in the North
Description:
Hassan has decided it is time to send a progress report to Emir Ali Mirza and suggests that you take the opportunity to bring Osman the book he requested. However, it seems like this may take more effort than you originally thought it would.
Difficulty:
Master
Length:
Medium
Quest Requirements:
Crocodile Tears
Do No Evil
Skill/Other Requirements:
Tier 6 Menaphos Reputation.
Quests Unlocked/Partially Unlocked by completing this Quest:
'Phite Club
Items Needed to Complete Quest:
Combat equipment and food.
Items Recommended for Quest:
Desert amulet (2, 3, or 4) or The Heart teleport.
Items Acquired During Quest:
Disguised royal bloodline source
Quest Points:
1
Reward:
Relic of Het, 1.75x the base Menaphos Reputation gain, as well as 2 Treasure Hunter keys and Hearts of ice.
Start Point:
Merchant District of Menaphos.
To Start:
Speak with Hassan.
Instructions:

After you have completed the quest, if you have at least 80 Strength, you can enter Het's tomb. The tomb can be found behind the Het statue in the center of the Duel Arena. 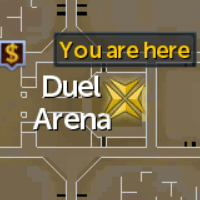 You will gain 20,000 Strength experience the first time you enter this area. Inside of the tomb you will also find the Het mask and Heka. Note that it is a Master Quest cape requirement to locate this tomb. 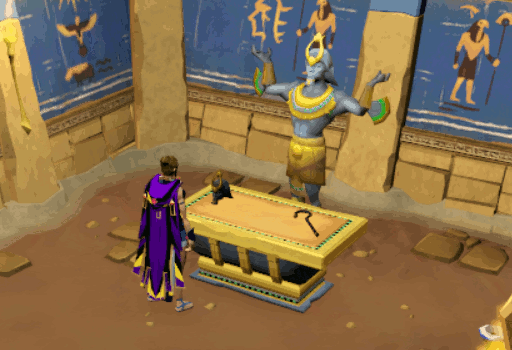