1239
Once Upon a Time in Gielinor
Description:
Embark on a journey through RuneScape's past, present, and future starting with an exclusive party, hosted by Relomia at the Blue Moon Inn in Varrock. Plenty of famous faces will be in attendance, so be sure to dress your best! 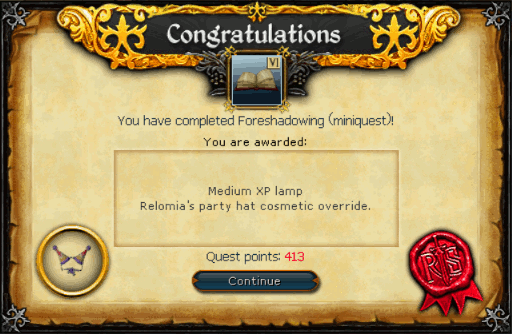 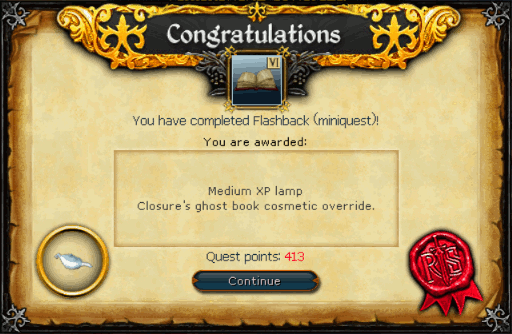 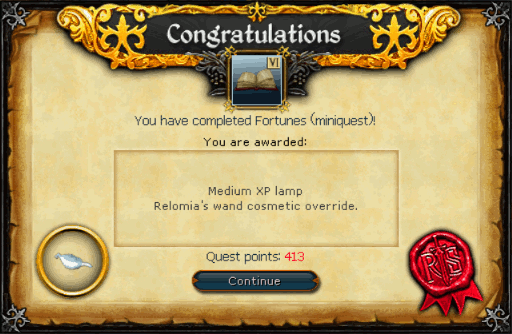 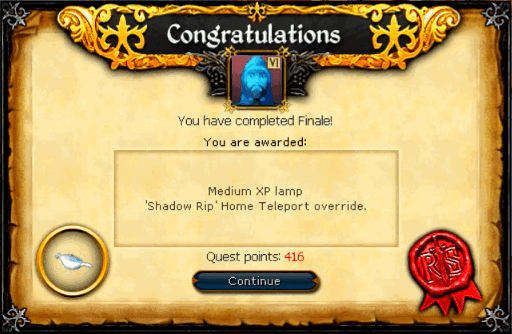 Once Upon a Time in Gielinor Series completion
Speak to Closure, yet again, and after a brief discussion will comment about how drained he is and how much he needs a break. This will conclude the entire series and award you the post series rewards (4 Quest points, access to the epilogue (below), and 2 TH keys). 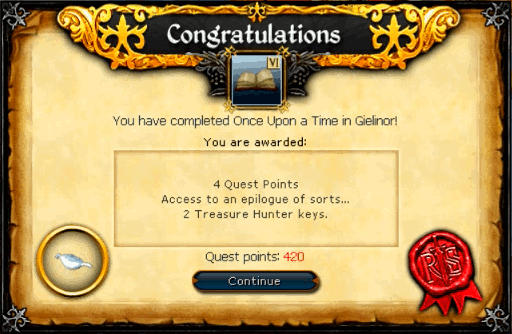 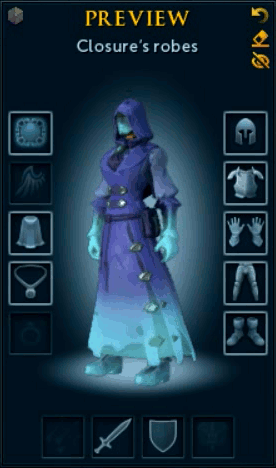