0935
Legacy of Seergaze
Description:
Mercenaries make their way into the rotten swamps of Morytania from Paterdomus to the front-lines at Burgh de Rott. The Vyrewatch continue to draw blood tithes from the pitiful citizens of Meiyerditch, the great ghetto-city of the Sanguinesti region, its weakened citizens growing fewer in number every day. The vampyres are getting more tithes from somewhere, but how long before House Drakan settles its eye upon Misthalin and the lands to the west?

What new efforts can the Myreque make in this struggle? What new secrets are to be discovered in Morytania? Can the Myreque strike back against the dread Vyrewatch?
Difficulty:
Experienced
Length:
Long
Quest Requirements:
Darkness of Hallowvale
Skill/Other Requirements:
20 Construction
29 Agility
31 Slayer
35 Mining
40 Firemaking
47 Crafting
49 Magic (Must be on Normal Spellbook, or have an Enchant emerald tablet)

For Ironman Mode and Hardcore Ironman Mode accounts Shades of Mort'ton is also needed to complete this Quest.
Quests Unlocked/Partially Unlocked by completing this Quest:
Branches of Darkmeyer, The
Items Needed to Complete Quest:

*Can also be obtained during the quest, make sure the normal spellbook is active. An Enchant emerald tablet will also suffice in place of the above mentioned runes.
Items Recommended for Quest:

*Used on 2 enemies which can use protection prayers
Items Acquired During Quest:

The Blood altar is the three skull rocks you investigated earlier in the quest. Although this area is rather remote, you can use a shortcut to get there. Go down the trapdoor behind the bar in Canifis, then search and go through the wall. 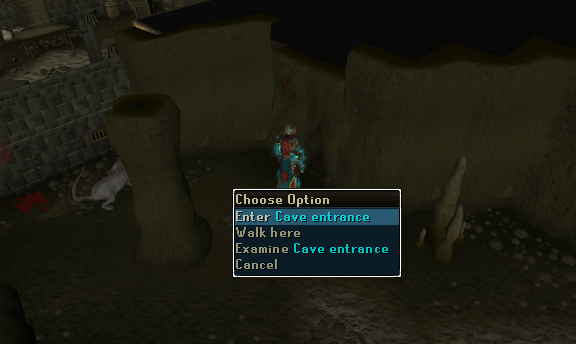 Immediately East of you is a cave entrance, which you must enter. From there, head South and go through another cave entrance. Head East until you reach a Jutting wall, which requires 65 Agility to pass, then continue along the path to find yourself at the area with the strange stones (the altar). Alternatively, you can just go through the Abyss. 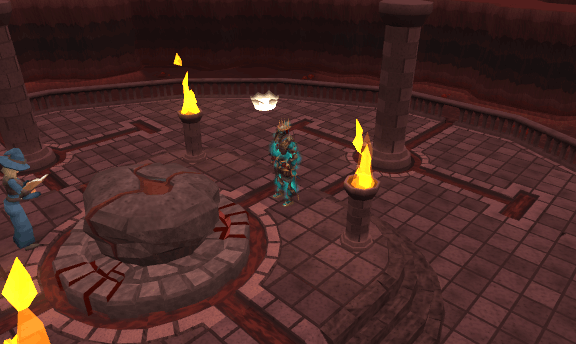 After completing the quest, you may continue to kill Vyrewatches. They are now one of the occuring combat events in the Temple Trekking/Burgh de Rott Ramble mini-game. Each Vyrewatch only drops one item, a Vyre corpse. These corpses can be burned to receive prayer experience, firemaking experience, and an item. For more information on burning vyre corpses, refer to the Vyrewatch Corpse Burning mini-game guide.

If you lose your Ivandis flail, you can make another one by doing the following.

You will require the following items: Silver sickle (b), Silver bar (2), Mithril bar (2), Emerald, Sapphire, Cosmic rune (2), Water rune, Air rune (3), Soft clay, and a Rope. Also on your tool belt should be the Chisel, Sickle mould, and the Chain link mould. You also must be on the normal magic spell book in order to cast level 1 and 2 jewelry enchantment.

First, use the soft clay on Ivandis' Tomb, which is located under the Canifis bar. After going through the secret door in the back wall, enter the first cave. Use the soft clay on Ivandis' tomb. Then with a mithril bar, a silver bar, and a sapphire in your inventory, use one of the bars on a furnace, you now have a Silvthrill rod. Next, use Enchant level 1 jewelry on the Silvthrill rod. Finally, with a rope in your inventory, head to the well in the passageway over the river Salve. Use the Silvthrill rod on the well to dunk it in the river, and you will have your Rod of Ivandis.

First, use the emerald on your Silver sickle (b). Cast Enchant Level 2 Jewelry on the jeweled sickle. Next, use your silver on a furnace to get a Silvthril chain. Finally, once you have all the pieces you can use them together to get your Ivandis Flail.