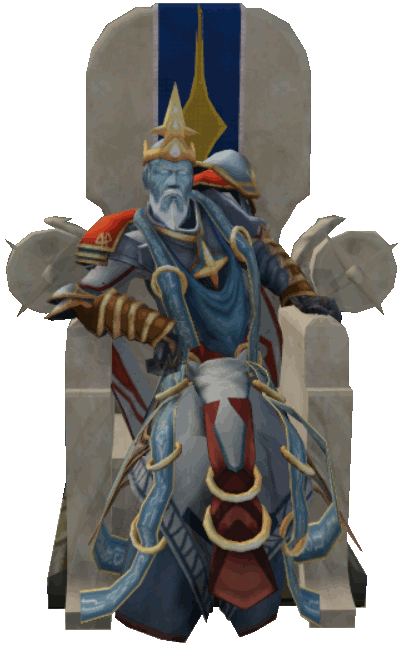 Profession:
God of Order and Wisdom. 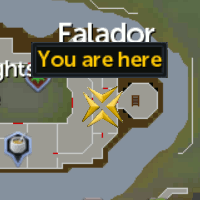 Quest:
The Death of Chivalry
Missing, Presumed Death
The World Wakes
Sliske's Endgame
Evil Dave's Big Day Out
Examine Information:
God of order and wisdom.
The god of order, locked in battle with his rival, Zamorak. (Battle of Lumbridge)
The god of order.
A worried sheen of sweat hangs upon his brow. He seems to be having difficulty coping with his rekindled mortality. (Sliske's Endgame)
Miscellaneous Information:
Saradomin is the god of order and wisdom and is worshipped by the majority of humans in Gielinor, along with several other races. He has played a major part in the history of Gielinor, most notably his involvement as one of the major gods to take part in the God Wars of the Third Age.

Saradomin, along with all other gods, was banished from Gielinor by the Edicts of Guthix at the end of the God Wars and spent his banishment in the realm of the Icyene. Following the events of The World Wakes, Saradomin returned to Gielinor and proceeded to start a battle with Zamorak at Lumbridge.

Saradomin plays these roles in the following quests: