Location:
Next to the altar in the Iorwerth Sector of Prifddinas. 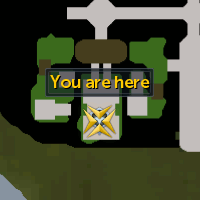 Quest:
None
Examine Information:
Iestin Edern, the lord of Clan Iorwerth.
Miscellaneous Information:
Following the events of Plague's End and the re-growth of Prifddinas, Clan Iorwerth required a new leader and in the city you'll find that Iestin Edern has been appointed as the new Lord Iorwerth as the previous lord's nephew, Morvran chose to waive his claim to the title and leadership.

You can talk to him to learn about how the Elven Civil War developed from the Iorwerth's desire to find a way to return back to their home plane of Tarddidad as the other clans seemed reluctant to act, but this was eventually twisted by the previous Lord Iorwerth's desire to summon the Dark Lord.