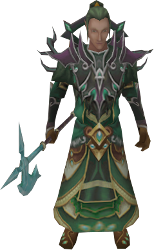 Profession:
Lord of the Iowerth Clan.

Location:
Centre of the Elf Camp. 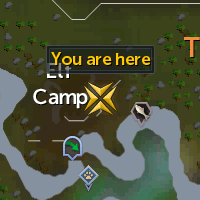 Quest:
Regicide
Plague's End
Examine Information:
An elf lord.
Miscellaneous Information:
Lord Iorwerth is the leader of the elven Iorwerth clan, the enemy clan of a number of other clans in the elven civil war.

During the eleven quest series, it is revealed that he aims to take control of the great elven crystal city of Prifddinas by using the power of a being known as the Dark Lord to gain access to the Grand Library and restore the city from the crystal seed form it has been reverted to by the other clans.

This Data was submitted by: pingu head, Knight9693, Crablogger, and Javezz.