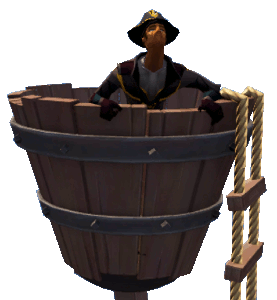 Location:
Crow's nest, just West of where you arrive at the Hub (look up). 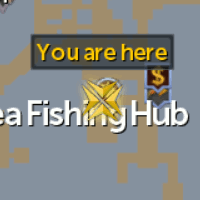 When speaking to him before returning his ring, you can learn his reason for drinking is that he had fallen in love with a Siren that didn't feel the same. She gave him the ring in friendship and, in a rage, he threw it into the sea. She left and he hasn't seen her since.

It is possible to find and return the ring to him. Unfortunately, this will not stop his drinking, merely change his reason for drinking. Returning it will complete the "My precious!" achievement.

Note that you may need to bang on the ladder at the South end of the platform to get his attention.