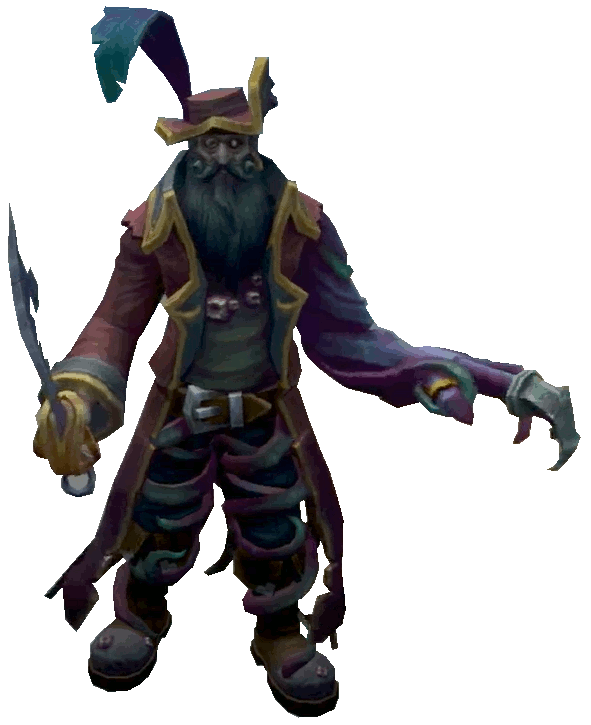 Quest:
Rocking Out
Pieces of Hate
Examine Information:
When Alive: It's Rabid Jack!
When Undead: What has he become?
Pirate. Zombie. Kraken owner.
That which does not sleep, shall in eternal lie.
And with strange aeons even death may die.
Miscellaneous Information:
Captain Rabid Jack is mentioned many times throughout various Pirate quests, but he is not actually seen until Rocking out.

At the end of Rocking out, you will see a cutscene where his ship is sunk and we see him grab a chest and jump from the ship.

In Pieces of Hate, we find an undead Rabid Jack still pulling strings. In this case he is attempting to summon an ancient god, named Xau-Tak, in a Dragonkin temple found underwater.