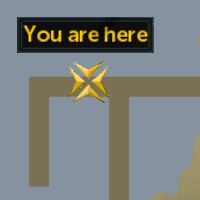 Quest:
Harbinger
Ghosts from the Past
Final Destination
Examine Information:
Commander of the Harbinger. Scourge of the seven isles. Owner of a crow called Cheryl.
Miscellaneous Information:
During Harbinger: Her ship will attack yours seeking to obtain Lookout Ekahi since he has been zombified.

In Ghosts of the Past you learn about her and Quartermaster Gully's history together as well as a bit about what occurred after they were separated.

As the miniquest series comes to a close in Final Destination, Cora will tell you about how the Khan of Goshima adopted her and became her family. She is unable to let her Khan go until you finally convince her that there is no way she will return to normal now that she is a jiangshi. Upon completion of this miniquest, Cora will now be found with your crew on the Goshima docks.

This Data was submitted by: ChathMurrpau.