Start Point:
Outside the bank in Port Piscarilius.
To Start:
Speak with Tomas Lawry.
Instructions:
The following is a map of the important locations during this quest. 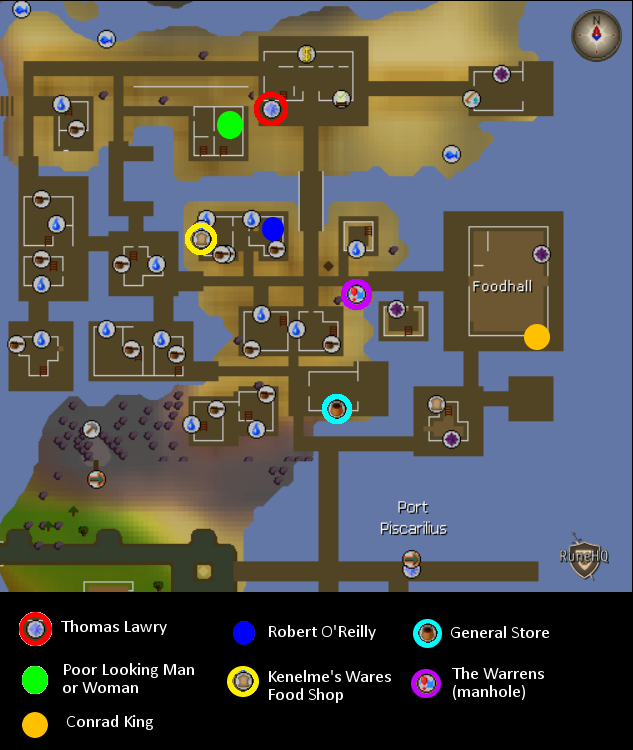