0110
Giant Dwarf, The
Description:
Welcome to Keldagrim, the city of dwarves! We all like discovering new places, and Keldagrim a great place to visit. Especially if you love mining or smithing. Unfortunately, that giant statue that you ran into needs to be repaired, and now it's your responsibility. Can you find all the pieces needed from the citizens of Keldagrim, or will you get caught up in all the fun?
Difficulty:
Intermediate
Length:
Medium
Quest Requirements:
None.
Skill/Other Requirements:
33 Magic
16 Firemaking
14 Thieving
12 Crafting
20+ mining highly recommended, but not necessary
20+ smithing highly recommended, but not necessary
An affinity for diplomacy. 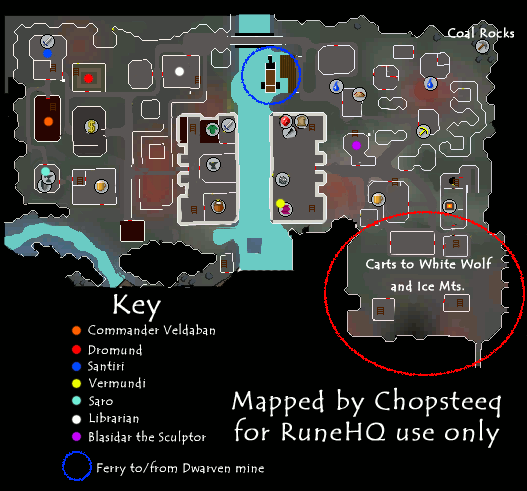