0065
Nightmare Zone
Description:
Dominic Onion, a mage from Lunar Isle, set off to travel the world and make his dream a reality. Dominic's dream was to build a huge tower called 'Dom Onion's Tower' filled with monsters. Lacking the funds, Dominic has setup a small business selling dreams to people in Yanille.
Skill Levels Required:
None.
Quests Required:
At least 5 of the following:

Talk to Dominic, he will tell you about the dreams. He will give you the option of three different modes: Practice, Endurance, and Rumble each with two difficulties: Normal and Hard. After selecting your mode, pay the fee by using money with Dominic's coffer, then drink from the vial to begin the fight. 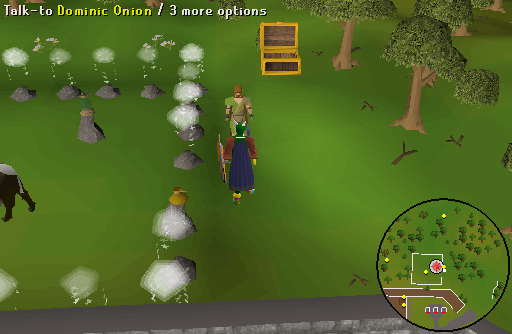 After selecting your mode, pay the fee by using money with Dominic's coffer, then drink from the vial to begin the fight. 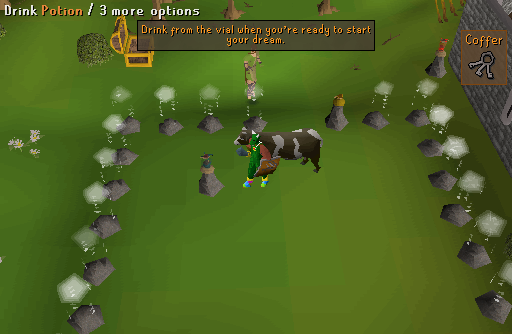 The dreams contain boss monsters from quests you have completed, any items required to kill the bosses will be provided in the area (for example an anti-dragon shield for Elvarg), these items can not be taken out of the arena.

In this mode you get to choose which boss monster you want to fight and is free to play, however you do you not gain reward points. 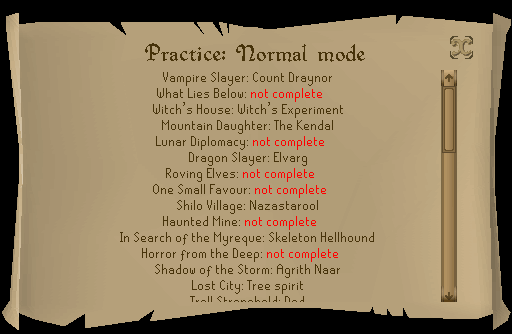 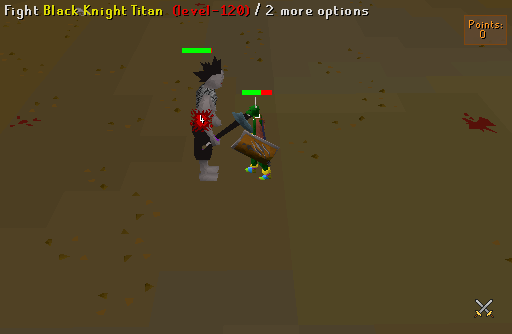 In this mode you fight through all the boss monsters you have unlocked one by one until you die or leave the arena. Normal difficult costs 1000 coins and hard mode costs 5000 coins. 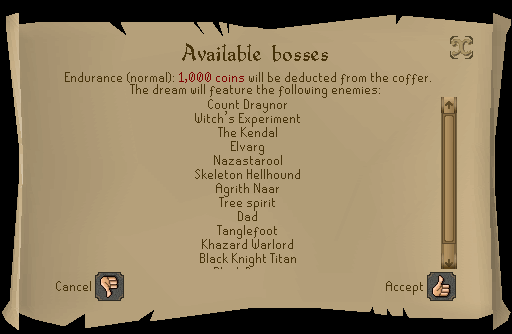 In this mode you, or a group of up to 5 people, fight a group of randomly generated bosses at once. Once any boss is defeated, a new one will spawn until all players die or leave the arena. Normal difficulty costs 2000 coins and hard mode costs 6000 coins, all players participating must pay the fee. 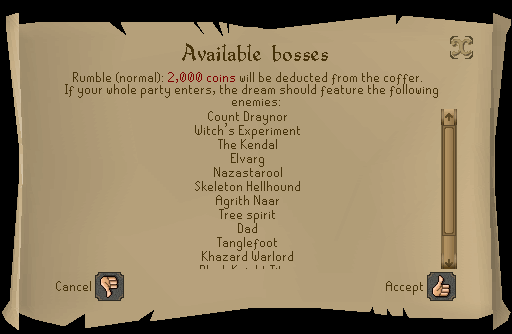 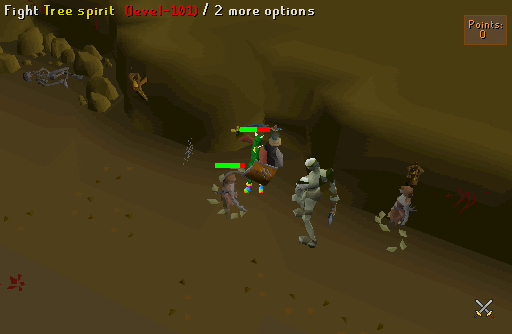 Normal: Bosses are the same difficulty as they were during their respective quests.
Hard: Bosses have higher combat levels for a hard difficulty than during their quests.

Note: Iron man accounts can only buy scrolls of redirection from the resources tab of the shop.

The scroll of redirection can be used to redirect a teleport to house tablet to one of the following locations: Rimmington, Taverly, Pollnivneach, Relleka, Brimhaven, Yanille, or Trollheim. 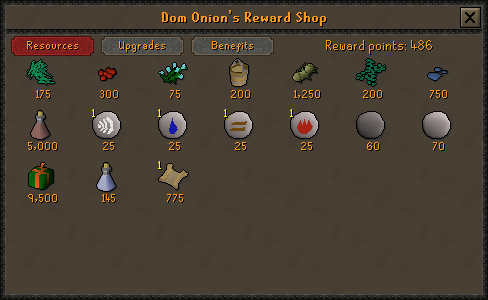 You can imbue some items to increase combat stats. Items that can be imbued are: Crystal bow, Ring of Suffering, Crystal shield, Black mask, Berserker ring, Warrior ring, Seers' ring, and Archers' ring. 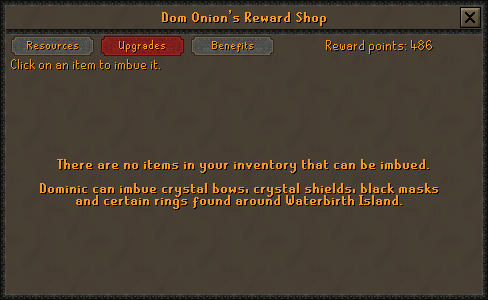 You can purchase some potions to be used ONLY in Nightmare Zone dreams. They are sold by the dose. 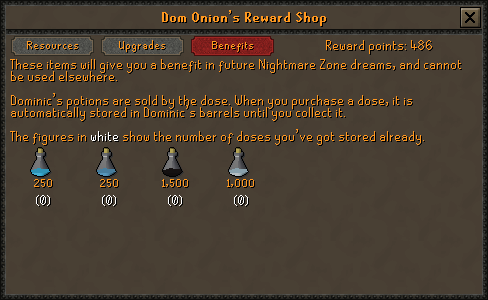