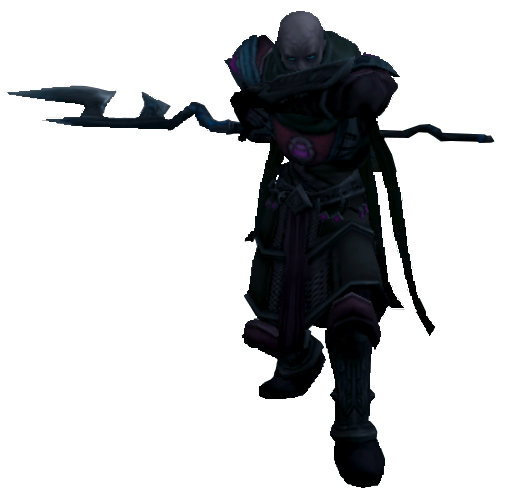 Location:
Nomad's Tent at Soul Wars (see Nomad's Requiem), and the Dominion Tower.
Lifepoints:
90000
Max Hit:
1036
Race/Type:
Human
Examine Information:
The scourge of souls.
100% Drop:
None.
All Possible Loot:
None.
Strategies:
Nomad is the final boss in Nomad's Requiem. He is one of the strongest enemies you can face in the game and considered by many to be the most difficult quest boss to defeat.

Although his Max Hit is listed as 7500, this is only the result one of his special attacks and he uses another that is capable of far surpassing 7500 as it hits the player for all but one of their maximum life points. For example, if your maximum is 7600, this attack will hit 7599.

For more detailed information on fighting Nomad and his attacks, see Nomad's Requiem.

After completing the quest, Nomad can be fought as a Class A boss in the Dominion Tower, but now has 90000 Lifepoints instead of 45000. In the tower there is also a special match in which you must kill Nomad twice in a row with no break.