0612
TzHaar Fight Cave
Description:
The fight cave, made by TzHaar-Xil, was made for combat practice. However, many JalYt have come to fight in the same cave. Can you endure the fight cave and prevail yourself in the world of the TzHaar? Many will come, but only the prepared and strong will prevail. There are 63 waves of enemies in all and the game averages 1-2 hours.
Skill Levels Required:
None.
Quests Required:
None.
Items Needed:
None.
Skill Levels Recommended:
60+ Prayer
70+ Agility
70+ Defence
Strength
75+ Life points
75+ Ranged
Items Recommended:
See equipment section below.
Starting Point:
Inside TzHaar City, west of the entrance from the Karamja Volcano.
Is this MiniGame Safe to play?:
Yes
Getting Started:

Make your way to the top of the Musa Point Volcano on Karmaja and walk through the middle to the entrance of TzHaar City. The Fight Cave itself can be found near the bank in the northern part of the the city, just west of the city. There are various ways to reach the TzHaar City. 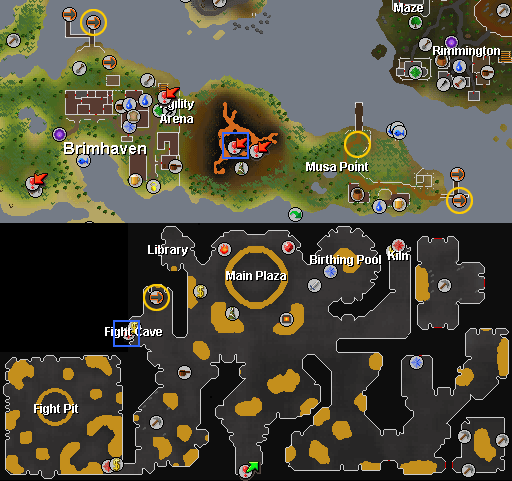 The easiest way to complete the Fight Cave is by using Magic, more specifically Water/Ice spells. 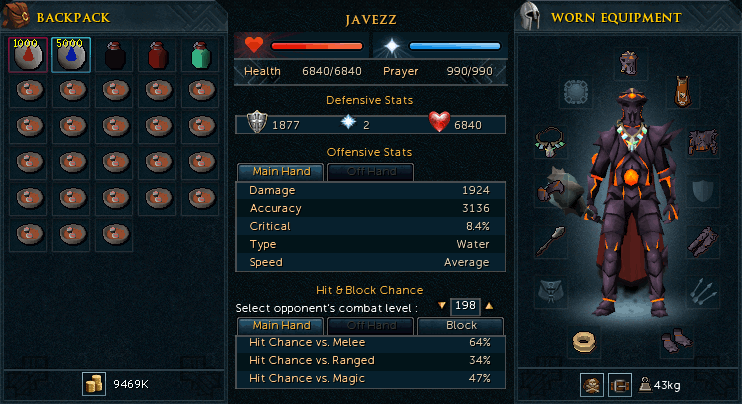 Note that the majority of the monsters in the cave are melee based and resistant to ranged. Therefore, using ranged can prove to be an ineffective way to attempt the cave and is not recommended unless you have level 80+ and are using stat-boosting potions. 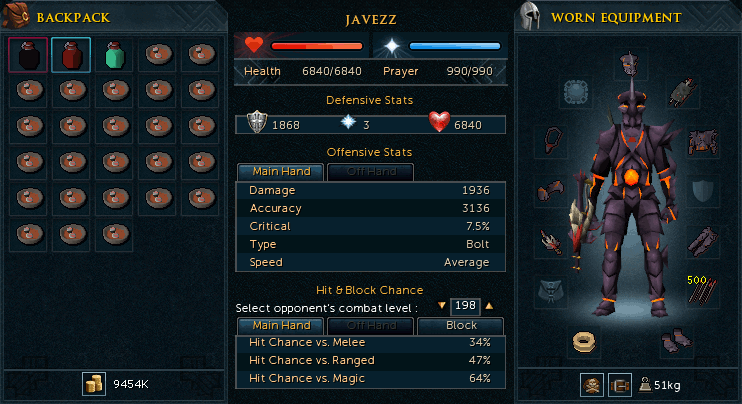 Note: You are not allowed to use Dwarf Multi-Cannons in the Fight Cave!

During your time in the Fight Cave, you will have to battle a variety of monsters. You will start off by being attacked by a small group of Tz-Kih (level 22), and as you continue to progress in your killing spree, your enemies become stronger. The last monster you will have to fight is TzTok-Jad (level 702). There are 63 waves of enemies in total and the game averages 1-2 hours depending on your levels.

Each type of monster uses a different method of attack and therefore requires a different strategy. Most of these monsters also have a special ability. Below is the list of all the different monsters that you will encounter on each wave. Use this list as a guideline during the fight so that you know which monsters to expect. For simplicity, the monsters are only mentioned by their combat levels.

If you attempt to log out during a wave, you will be given the option to either log out immediately or at the end of the current wave. If you log out straight away, you will have to start from the beginning of the wave when you log back in, but if you finish off all of the remaining monster in the wave, you will be automatically logged out and will start from the next wave when you log back in.

As seen on the map below, there are three areas in the Fight Cave that players can use to safely attack monsters from a distance: 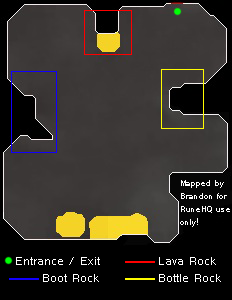 The most popular safe spot is known as Boot Rock. The Boot rock formation (shaped like a boot and thus named) is perhaps the most useful terrain advantage you have, as enemies can be stuck on both the Northern and Southern sides and become free to range. It is especially useful for dealing with the Yt-MejKot monsters, as they can only attack through melee. This area will later be a huge part of your final battle with TzTok-Jad. 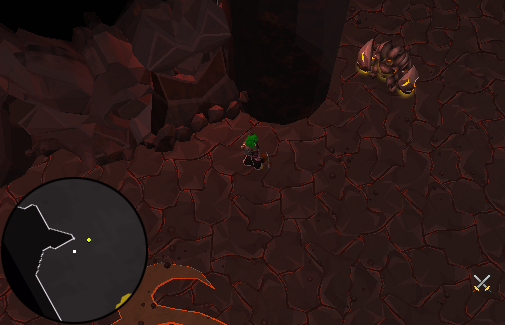 Note: Please read through the entire strategy before starting the final wave! See the safespot section above for usuable safespots.

TzTok-Jad uses the full combat triangle and depending on your armor choice, is easily capable of killing you in a single hit if you make a mistake. The key to defeating him is to attack him from a distance and negate his melee attack as he will not move to attack you, which allows you to then focus on switching between Protect from/deflect range and magic to completely block his other two attacks (Jad is the only monster whose attacks are 100% blocked by protection prayers). He uses distinctive animations before using each type of attack and you must make sure you are in a position to see and recognize them and are able to switch prayers fast enough. It is highly recommended to place the protection prayers on the action bar and use keybinds to switch between them when necessary.

Mage Attack: TzTok-Jad stands on his hind legs for a few seconds before shooting fire at you. Protect From Magic must be activated in the time he is on his hind legs, before he shoots the attack, or it will still hit. 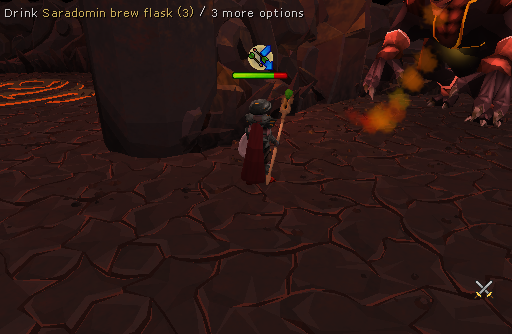 Range attack: TzTok-Jad stands on his hind legs and comes down, slamming the ground with his front legs. You have a few seconds between the impact of his legs hitting the ground before the attack in the form of falling rocks hits you. Protect From Range must be activated during that time. 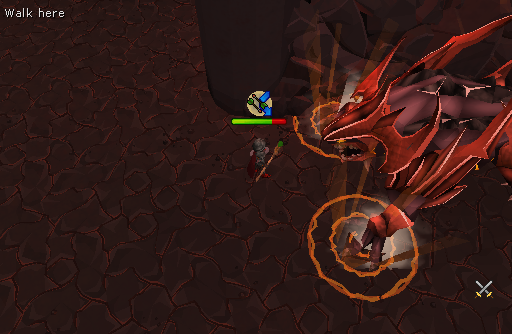 If you manage to get TzTok-Jad to 50% health, then four Yt-HurKot (level 108) will spawn and begin to rapidly heal him. It is vital that you distract all four by immediately attacking them (an easy way to do this while keeping your focus on Jad is to use the Chain ability). Note that the Yt-Hurkot will continue to heal Jad if they are within melee range of him, even if you're attacking them. Therefore, it is necessary to either lure them away from Jad or kill them as soon as possible. If they manage to fully heal him, then they will respawn when he reaches half health again. However, if you kill them before he's fully healed, they won't respawn. Remember to ensure that you keep an eye on Jad's attack and switch protection prayer accordingly while dealing with the Yt-MejKot.

Once you've killed the four Yt-MejKot, the remainder of the fight should be relatively easy as long as you continue to switch prayers correctly. Once Jad is dead, enjoy the death animation and you'll appear outside of the cave and be awarded your Fire cape!

Rewards:
Upon defeating TzTok-Jad you will be teleported outside where the the TzHaar will reward you with 16,064 Tokkul and the coveted Fire cape.