Several doses of prayer potions, though it's easily feasible to do it without any potions, with a high (60+) prayer level- even while flashing mystic might. You should be using Protect from Magic the entire time, and while battling Kolodion you are safe from PKers, so the risk is minimal. Some food is a necessity, however, as prayer no longer provides immunity.

Runes for the highest spell you can cast, at least 50, preferably 80-100 casts. If you have Iban's staff or can use a polypore staff, those are highly recommended. With enough prayer potions, even the lowest spells can work, but they will take a much longer time and use more pots.
Nearest Bank:
The Mage Arena cave's bank (known as the Mage Bank) is run by Gundai. The best choice is after you kill each form, go to the level in front of the entrance and exit the arena, then go back in and get more food from the bank in the Mage Arena and stock up on food and the form you left on will be fought again even if you leave.
Map: 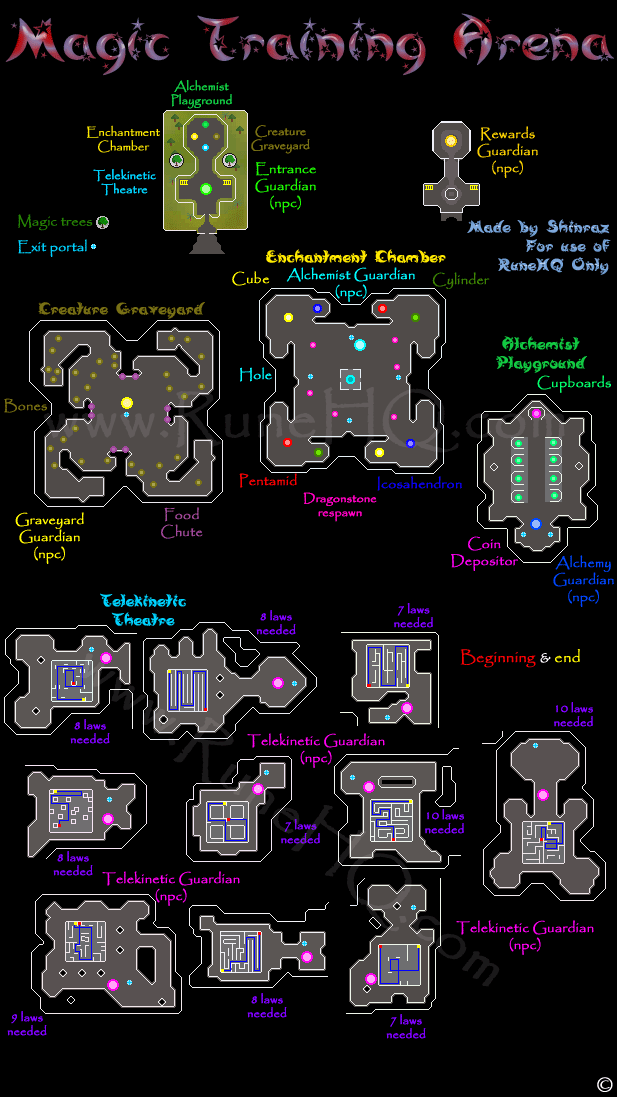