0997
Ancient Caverns
Description:
The Ancient Cavern is located beneath the whirlpool in the lake above Baxtorian Falls. To enter you must do the first firemaking task in the Barbarian Training mini quest. Once the task is complete, to enter, simply hop into the whirlpool from the dock on the northern shore. To leave the dungeon, either teleport out or ride one of the Aged Logs on the ground floor.
Directions:

The Ancient Cavern can be accessed via the whirlpool and by fairy ring code BJQ, once you complete it by using 5 bittercap mushrooms and a spade on the middle of the fairy ring.

Note: A cannon cannot be used in the cavern. When trying to set one up, you will receive the message "It's far too damp down here to set up a cannon." 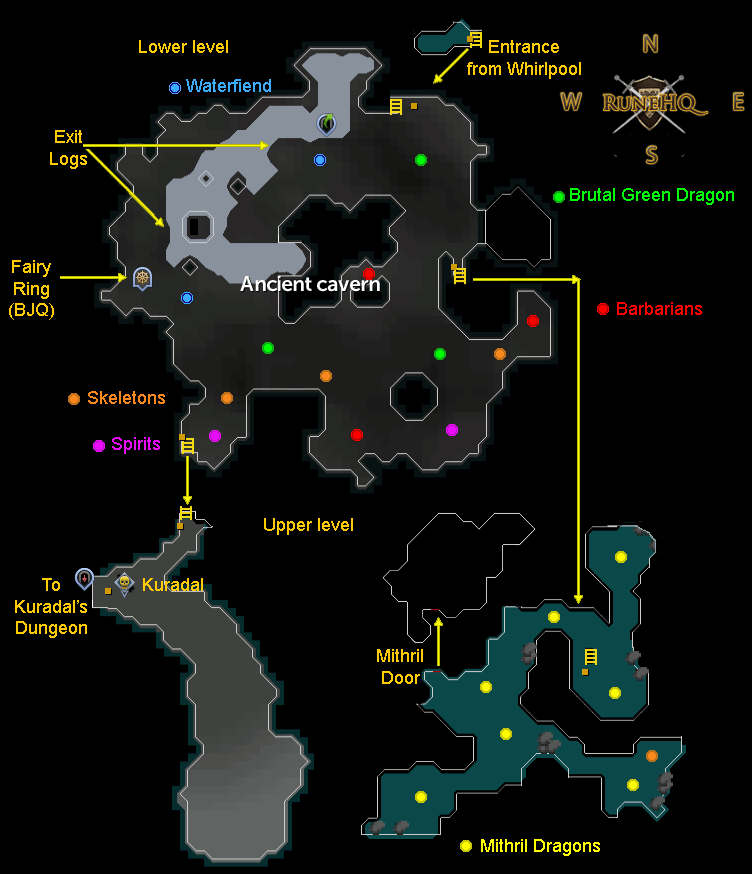 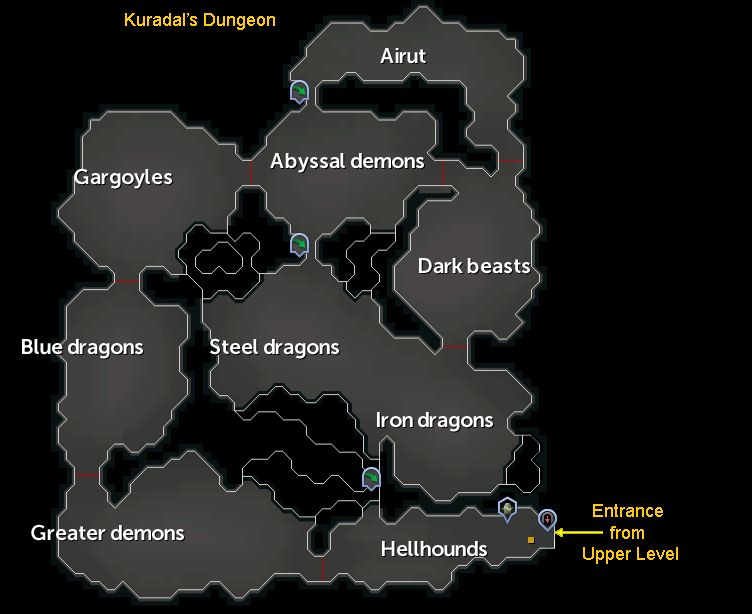 The main dungeon is one of the most dangerous in the game. The monsters range from level 105 to level 152. Do not underestimate any of the monsters in this dungeon as they are for the most part extremely aggressive. This is the home of the extremely powerful Brutal Green Dragons and Mithril Dragons. There are 12 mithril rocks around the Mithril Dragons as well.

You need to rummage a corpse on the ground for skeletons to attack you. This can give you some rewards such as mangled bones.

In the cavern with the Mithril Dragons is a mysterious mithril door, which can only be opened with a Dragonkin key. You acquire the teeth and loop halves of the key during the While Guthix Sleeps quest. To assemble the key, use the pieces on a Mithril dragon.

There are 3 dragon heads south of Kuradal. Casting Fire wave on all 3 activates the Dragon Forge. The legendary Dragon Forge is the only place where you can smith the Dragon platebody.