0982
Phoenix Lair
Description:
The Phoenix is a fun and quick mid-leveled minigame with some very good experience rewards but only if you can get through her minions and best her in combat!
Is this Distractions and Diversions Safe to play?:
No
Resets:
Daily. You can also force one reset for this activity per day by using a D&D token (daily).
Skills Required:
None.
Skills Recommended:
Mid-High Combat stats.
Quests Required:
In Pyre Need.
Items Needed:
Tinderbox, Secateurs or Magic secateurs, and a Knife.
Items Recommended:
Dramen or Lunar staff, a teleport tablet, combat potions, good food (Monkfish or better).
Starting Point:
Phoenix Lair, south of Piscatoris Fishing Colony.
To Start:
Enter the cave.
Contents:
Introduction
Preparation/Equipment
Getting There
The Caves
The Phoenix
Phoenix Eggling
Getting Started:

The Phoenix is a one-person activity and can be either ranged or melee'd. 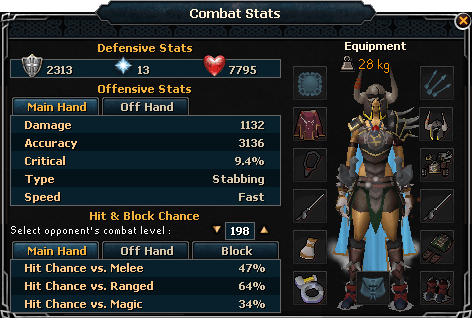 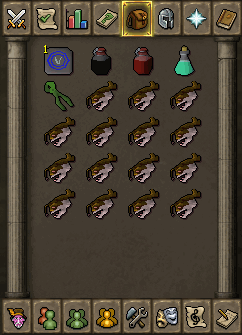 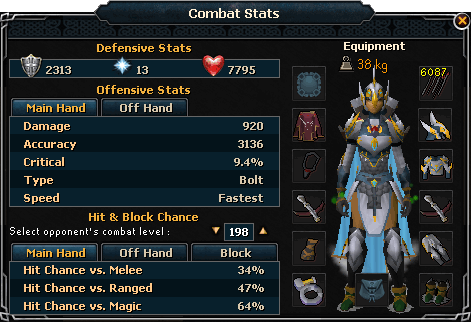 There are three main ways to get to the Phoenix Lair. Using a Phoenix Lair Teleport scroll will teleport you right outside the Phoenix Lair. The Fairy Ring Method is the second quickest. To get there with the Fairy Rings go to any Fairy Ring (with your Dramen staff equipped if you have not done Fairy Tale Part III) and click on the Fairy Ring. Once at the Zanaris Fairy Ring enter the code A K Q. Once at the Piscatoris Hunting area run West then go North when you reach the rocky area where you started In Pyre Need quest. The last method is via the Lodestone Network, select Home Teleport > Eagles' Peak then run North and West. 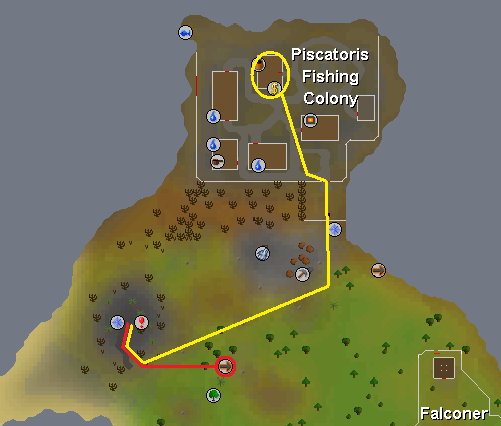 To get to the Phoenix you must first go through five Caves inside the Lair and collect one of each: Cinnamon twigs, Sassafras twigs, Ailanthus twigs, Cedar twigs, and Mastic twigs. The caves will be in a random order but you will always come in on the Southern enterance and all monsters inside the cave are aggresive. In each cave there are the Phoenix's minions. There are the Lesser minions and Greater Minions. If there is a Lesser or Greater Mage attacking you you should have on the Magic Protection Prayer. Some of the minions will block your path similar to the Monkey Guards on Ape Atoll however these cannot teleport throughout the cave. You will have to kill these to get past. When you get close enough the Minions will often teleport near you and attack. Below are the five caves and the best routes for each. Below is minimaps with the best route for each. 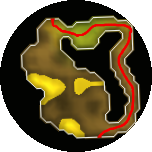 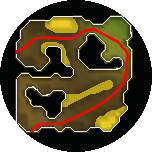 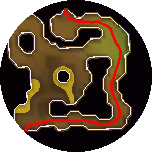 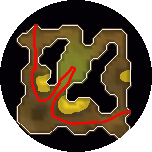 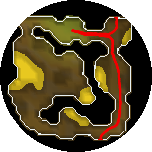 The Phoenix: Once you reach the end of the five caves and get past all of the Phoenix's minions you will have to fight her yourself. To do this you need to use your knife on one of your twigs and this will carve all of them into ribbons. Use one of the ribbons on the un-built pyre and there will be a cut-scene where you build the pyre and the Phoenix will come to life. Be ready, now you will have to fight her in combat; She is a level 235 with 190 Hitpoints with a max hit of 23. She is immune to poison and uses Magic Attacks with an Ash Blast that severely reduces your Attack, Ranged, and Magic Stats. These will go back up to their normal, un-potted levels within a few seconds. The best method is to just activate the Magic Prayer and restore your prayer with Prayer Potions when needed. Other prayers that will help are the Sap Magic curse or Leech Defence curse. Deflect Magic will deflect a maximum of 2. When you finally defeat her she will crawl up on the pyre you recently built. After she does that you will have to light the pyre on fire finishing the Phoenix. She will then proceed in re-spawning as a smaller, newborn phoenix. Her lair looks like this: 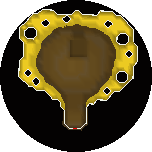 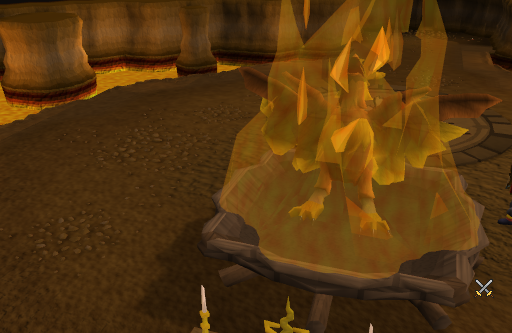 After you've defeated the Phoenix, you can walk out of the cave again.
If you're lucky, you might find yourself in another room with phoenix eggs in it.
If you're under 72 Summoning you will walk out with the Phoenix egg and will be able to hatch and choose your type of Phoenix Eggling you want after you reach 72. If you're 72+ Summoning you can then choose whether you want to clap at the egg or kick it. If you decide to clap, you'll receive a cute phoenix eggling. If you kick at the egg, you will receive a Mean Phoenix eggling.

Good luck, and have fun!