0962
Uncharted Isles
Description:
The Arc is a region within the Wushanko Isles, in the Archipelago Sea. These areas are also visited by the ships in your Player-Owned Ports as well.

Uncharted isles are reached by traveling with supplies to gain resources that are not on the main islands. See Directions for more details on how to access them.
Skill Levels Required:
Quests Required:
Impressing the Locals
Items Needed:
3-20 Supplies.
Directions:
To reach The Arc you will need to travel to Port Sarim, walk East of the Player-Owned Ports portal, speak to Quartermaster Gully, and choose to travel to an uncharted isle.

You must have at least 5 supplies to journey to an unclaimed island. To obtain Supplies, speak to Rosie to purchase some. You can obtain 5 free Supplies daily from the crate located next to her. Note that the free supplies will stack up to 10 days (50 supplies) worth and that you can only have up to 1,000 supplies total.
Monsters:
Tour:

Uncharted isles can contain any resources available in the Arc, with varying rarities.

As you will notice, no uncharted island is the same as another. Some will offer a great variety of resources you want while others you may find lacking. If you find a particularly good island, you can claim it. This is done by placing a Flag, purchased from Boni, on any uncharted isle you visit. If you claim an Uncharted isle, the various other items she sells can be added to it. Island resources will resupply at daily reset.

Note: you will need to complete Flag Fall before you can claim islands.

Note that you cannot visit a friend's island if they are not on (or have their setting to "no one") nor can you collect any resources, loot chests, or pick up items that have washed ashore while there. You can, however, catch any birds and/or implings on the island. If you log out while on a friend's island, you will find yourself in Waiko when you log back in.

In addition to the normal Arc items, you can find various special resources on uncharted isles that are not available on the main islands. These include Wobbegong, Ornate Tortles, Alaea Crablets, Golden bamboo, Sea shells, and Driftwood, as well as various Arc monsters. As you are collecting many of these resources, you may notice a bar above the node you are collecting from. This indicates roughly how much of that resource can still be collected from it.

Below you will find brief descriptions of all resources that can be found on Uncharted Islands.

Shown below is a Wobbegong spawn; these sharks require 96 Fishing to catch. This will also show a fishing icon on your mini-map, so you do not miss it while wandering your isle. After you have collected 100 Wobbegong, this resource will deplete. 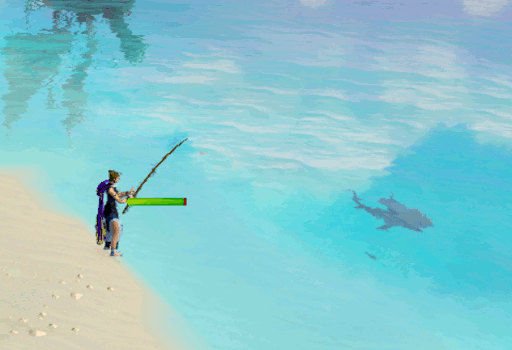 Bamboo requires 90 Woodcutting to chop. It will give 100 Bamboo before depleting. Five of these can be fletched into Bundles of Bamboo with 96 Fletching. 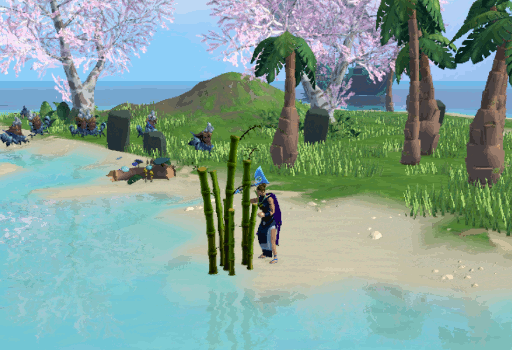 Golden bamboo requires 96 Woodcutting to chop. It will give 100 Golden bamboo before depleting. Two of these can be fletched into Bundles of Bamboo with 96 Fletching. 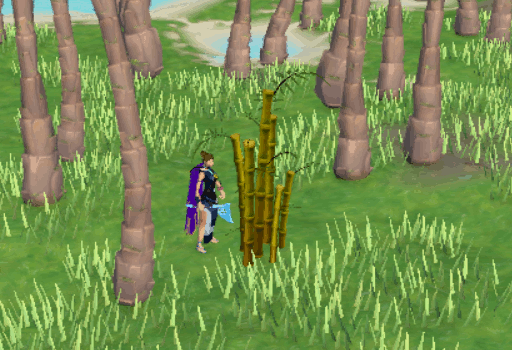 Salty crablets spawn in groups of six. Once you start mining a crablet, it will start an internal timer of five minutes. After this time has elapsed, you will no longer be able to gain Sea salt from that individual crablet. 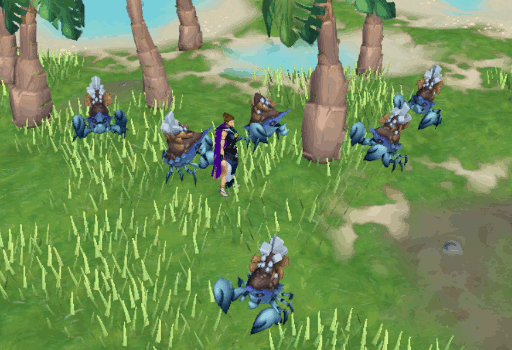 Alaea crablets spawn in groups of five and require 97 Mining to harvest. It is possible to gain up to 40 Alaea sea salt from each individual crablet. You will also see a mining icon on your mini-map if these are on your island. 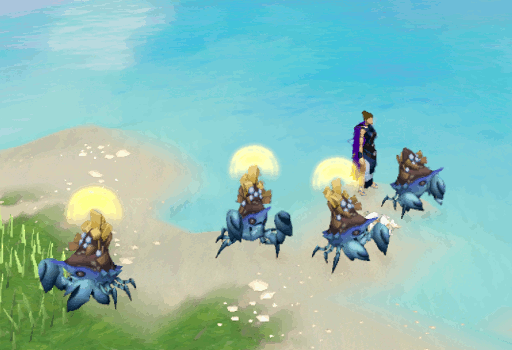 Idol crablets spawn in place of a single crablet in other spawns of Salty or Alaea crablets. Once you start mining this crablet, you will gain a single Golden idol from it. Be sure to count your groups of crablets. As both spawn in specific numbers, if you have an extra, one will be an Idol crablet. 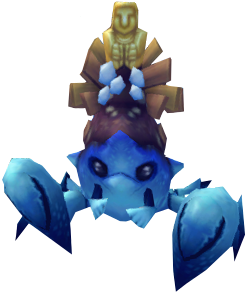 Tortles can occasionally spawn in large groups. You will need a Tortle trap to catch these; several can be placed depending upon your Hunter level. You can catch up to 200-220 tortles before the resource will be depleted. Catching these awards Shell chippings which can be crafted into Tortle shell bowls at 91 Crafting. 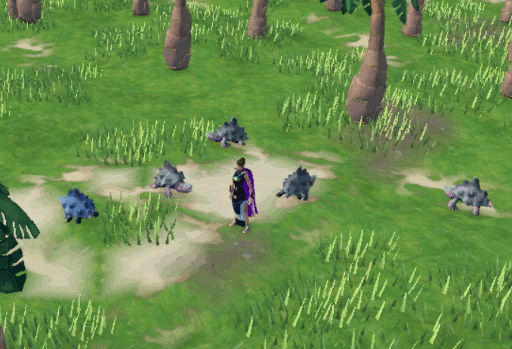 Ornate tortles also spawn in large groups and require Tortle trap to catch. Unlike normal tortles, these ones require 96 Hunter to catch. To You can catch up to 200-220 tortles before the resource will be depleted. Catching these awards Shiny shell chippings which can be crafted into Shiny tortle shell bowls at 92 Crafting. 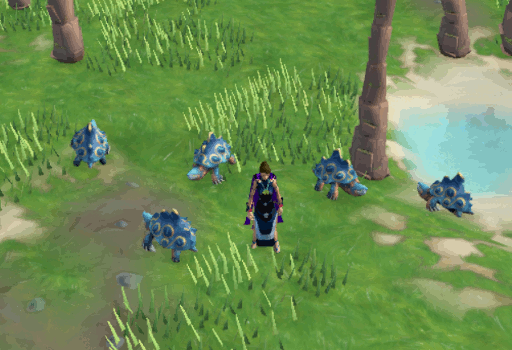 Exuberry bushes require 84 Farming to harvest. Harvesting these bushes will earn you Exuberrys and Exuberry seeds. 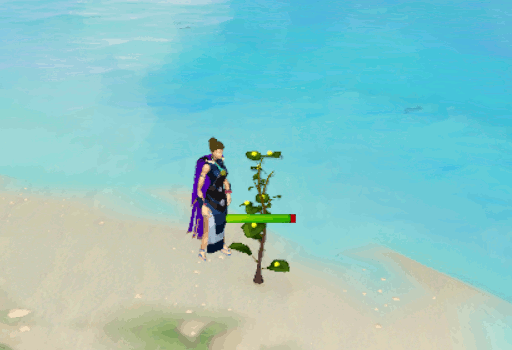 Logs covered with mushrooms require 94 Farming to harvest. After 100 various mushrooms have been harvested, the cluster will be depleted. Be aware that you can occasionally be pricked by a thorn while harvesting. This will damage you slightly and cause you to stop harvesting. Mushrooms include: 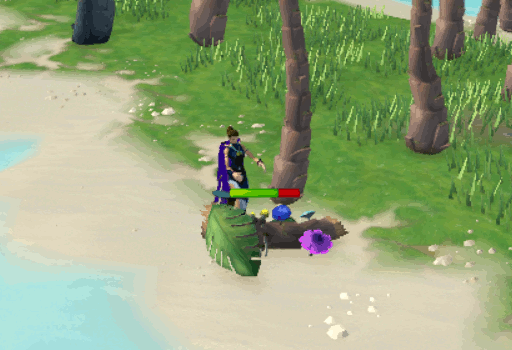 Dead Moai act as stationary Divination skill plots. They require 95 Divination to harvest; this level can be boosted. After 300 Ancestral energy has been harvested, this resource will be depleted. 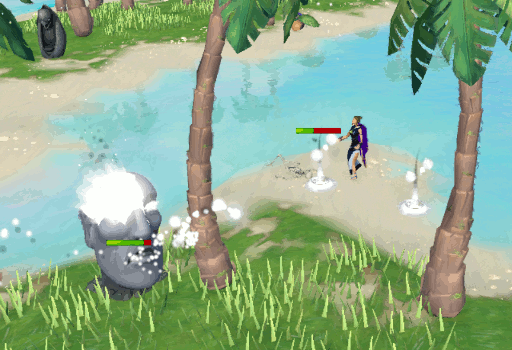 Occasionally Orokami can be found floating around Uncharted Isles. Capturing them requires 95 Hunter and will reward you with items specific to the kind of Orokami you captured. Note that they can also be caught in jars and sold to Sensei Seaworth. After discovering/catching 1 of each kind, he will reward you for your efforts. See your Arc Journal to know what ones you are missing. Orokami include: 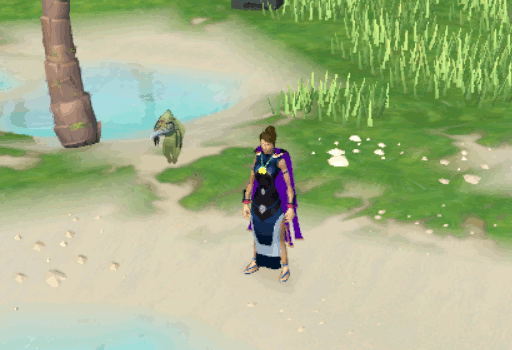 If you have received a contract from Sojobo, it is possible for one of the following things to appear depending upon your contract.

There are quite a few of items that appear on uncharted isles. As they are not guaranteed on any island, they are not reliable to farm. Note that these items will disappear if you log out or lobby while on an island, so be sure to obtain them first if you want them.


In addition to these items potentially scattered about the island, you may also discover a chest has washed ashore. These can be opened to obtain 1-7 Taijitu as well as a chance at Stoneberry and Stormberry seeds.